Best Places to Visit and Things to Do in China

China, also known as People’s Republic of China (PRC), is a country in East Asia & it’s world’s 4th largest county. So, it has a lot of best places to visit if you are planning to visit China. Here are our top 10 picks to visit in China.

The Great Wall of China:

Beijing, which is the capital of China is among the most popular places to visit in China. This city was established over 3000 years ago and was also known as Jin City in early time.

The top attractions in Beijing are – The Great Wall of China, The Palace Museum, Temple of Heaven, Summer Palace, and Lama Temple & Juyong Pass of Great Wall. The average price to visit each place will cost around $15.

Well, like Beijing, Hong Kong is also one of the popular cities in China.

The world-famous amusement park, Disneyland which everyone loves and where everyone wants to go is in Hong Kong also. It’s the two best place for kids & Disney lovers. You can visit Disneyland with your friends or family and can have great fun.

In Hong Kong, there are some other attractions like Ocean Park which is a great theme park to visit, Victoria Peak where you get a chance to see through telescopes!

There’s a 34-meter-high Buddha statue which is known as “The Big Buddha” or “Tian Tan Buddha”. The Hong Kong Island Bus Tours is popular attractions among visitors.

Xi’an is a large city & capital of Shaanxi Province in central China. The world-famous Emperor Qinshihuang’s Mausoleum Site Museum, Mausoleum of the First Qin Emperor are in Xi’an. Shanghai’s mausoleum was constructed over 38 years.

The Bell Tower of Xi’an is an iconic bell tower which was built in 1384 attracts a lot of tourist towards it. The Shaanxi History Museum displays fossils, murals, pottery & metal objects in a Tang-style building is the place everyone must visit.

Lhasa is one of the most important cities in Tibet and has the highest elevated in the world at 3500 meters. The Potala Palace, which was built in the 17th century, features hundreds of rooms & shrines attracts tourists.

The Drepung Monastery is one of Tibet’s “three great monasteries”, which was built in 1416 is worth of visit. Also, Sera Monastery features festivals, debates & artworks. The Tibet Library is also situated in Lhasa.

Yangshuo, a nation and resort town in southern China’s Guangxi locale, is known for its sensational karst mountain scene and outside diversion.

The Li River & Moon Hill are the main attractions here.

Jiuzhaigou is a country of Sichuan Province, China.

Kunming is a city in China which is the modern capital city and transportation hub of China’s southern Yunnan province, which has a large student population and a temperate year-round climate.

The other attractions are Stone Forest which is a notable set of limestone formations about 500 sq.km; Dian Lake which is a picturesque lake surrounded by hills, cherry blossoms & parks, with swimming & boating areas which are loved by tourists. You can also get latest updates about MP high Court Results and other information while subscribing us free of cost. 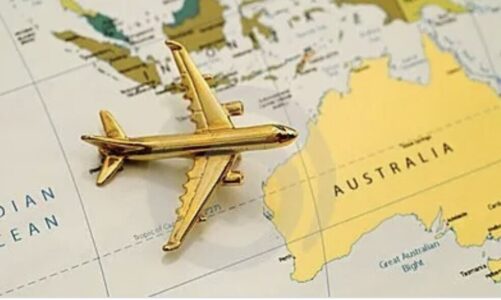