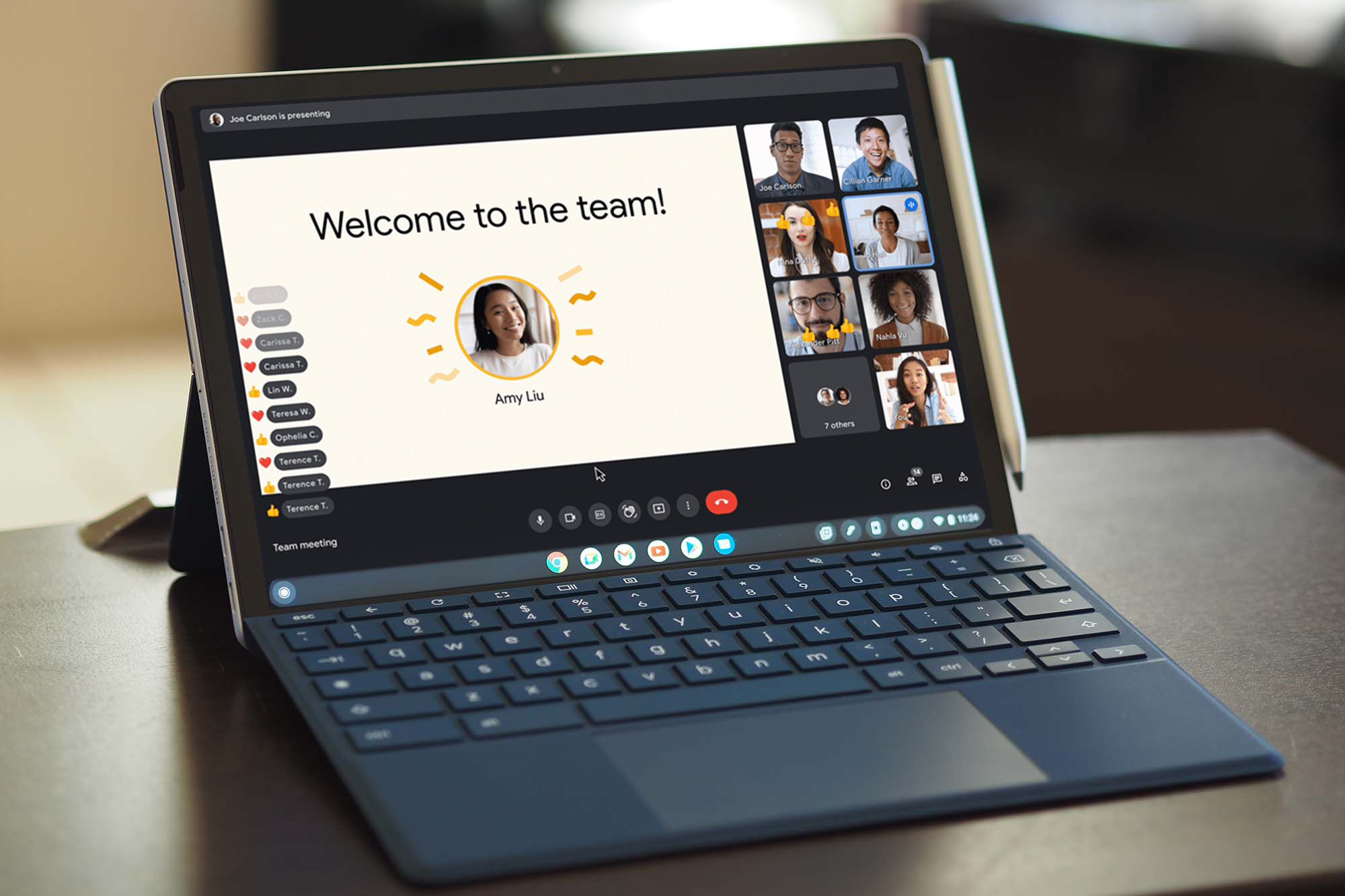 
Chromebooks aren’t a new thing by any measure — the first ones rolled out more than a decade ago — but many people have only become familiar with these Chrome-powered laptops recently thanks to the surge in popularity they’ve had over the past couple of years. That newfound stardom is due to the fact that these Chrome OS machines are light, budget-friendly, and perfect for online work thanks to their cloud-based software. Today’s Chromebooks range from super-cheap netbooks to premium ultrabooks sporting features like 4K touchscreens, though, so you’ve got many options to choose from now. Sound like your cup of tea? Read on: These are the best Chromebook deals available this week.

Looking for a Chromebook from one of the best laptop brands is always a good place to start. In the case of the Lenovo Chromebook 3, you can carry this thing around almost as easily as a tablet because it’s so light and compact. The idea is that it’s best designed for younger students that are just starting out on their academic journey and therefore just starting out with technology like this too. It offers a nice keyboard for its size, and it’s robust and versatile. Students can use it for both typing up notes and for getting assignments done.

As expected, this Chromebook uses Chrome OS which means there are plenty of different games, productivity apps, and hands-on learning tools available through the service. It keeps things simple but that means that parents will know their child is using the system for the right reasons rather than anything potentially worrying. It still covers all the key bases, though, with a front-facing camera for video calls and taking classes online. The Chromebook uses an Intel Celeron mobile processor, which is good enough for basic activities with 4GB of memory helping out. Its 64GB of eMMC storage is sufficient for storing the operating system and other vital files. The 11-inch display looks pretty good, too, with an HD resolution which is fine for this size.

This Chromebook is lightweight so it’s incredibly portable as you would expect from an 11-inch laptop. A solid battery life means you or your child can work hard without you needing to find a power source in the middle of a class.

The Asus C403 gets things done in the style you would expect from such a well-regarded laptop brand. A standout feature is its 14-inch HD display that promises a refresh rate of 60Hz and also has anti-glare properties. Given it’s what you’ll be looking at most, it’s a great way of reducing the risk of eye strain when working or studying throughout the day. The other highlight for the Asus C403 is its robust design. It has been rigorously tested beyond military-grade standards so that it can survive bumps and drops thanks to its all-around rubberized housing. If you’re accident-prone or providing this to a child with the same issues, you can be guaranteed that this Chromebook can survive many days ahead of it. It also has a reinforced hinge along with a spill-resistant keyboard.

Under that robust hood is a decent set of specs for the price. It has an Intel Celeron processor along with 4GB of memory. Intel generally provides reasonable processors so while this one won’t be up to anything high-end, it’s perfectly capable of handling the needs of Chrome OS. Hard drive space is a little basic, with just 32GB of eMMC storage but that’s good enough for anyone who focuses on a Chromebook’s main aim — working on the cloud (and you get 100GB of free space via Google Drive). It’s surprisingly lightweight despite its rugged frame, so it’s perfect for taking between class or even on your daily commute.

Promising dependable performance and a robust design, this Chrome OS laptop is ideal if you want a Chromebook you can rely on for a long time to come, even if you’re liable to having a few accidents with it.

The Lenovo ThinkPad C13 Yoga is a smartly designed Chrome OS 2-in-1. While one of the more inexpensive Chromebooks on the market, it looks quite professional, and it’s robust too. It’s a 2-in-1, meaning you can fold the 13.3-inch Full HD touch display backwards on its hinge to set up this Chromebook in tent mode or lay it totally flat and use it like a tablet. It’s great for art and entertainment, with that convertible design lending a lot of versatility to an otherwise traditional-looking laptop.

Under the hood, this 2-in-1 Chromebook has everything else you could need. It sports an AMD Athlon processor which is an improvement over many other cheap mobile CPUs. Alongside that, it offers 4GB of memory which is precisely what any Chromebook could require to handle Chrome OS. It also has 32GB of eMMC storage which is about standard for a Chromebook and perfectly sufficient for storing vital files while sticking with the cloud for the majority of other content. It also has AMD Radeon graphics, but don’t count on playing anything but the most basic games from the Google Play Store.

Instead, this is a device that’s best suited for working while on the move. With long battery life, you or your child can easily get a lot done without a problem. It even offers fast recharging for those times you aren’t organized and need to charge in a hurry. It might be a straightforward 2-in-1 device, but this Chromebook knows exactly what you need from it most, ensuring it gets all the most vital tasks conducted in no time at all.

The HP Chromebook x2 offers a few things different from other Chromebooks. It looks good, of course, having the stylings of a higher-end 2-in-1. Thanks to its design, it has a good-feeling keyboard along with an nice touchpad so you won’t feel restricted as you work. There are also a front-facing camera for video calls, online classes, and the like. However, the great hardware doesn’t just stop there. At its heart, this Chromebook has a Qualcomm Snapdragon processor that means great performance with Chrome OS as well as excellent battery life. The Chrome OS laptop easily works for a full work day without a problem.

The features keep on coming: Unlike most other Chromebooks, it has 8GB of memory which means it can multitask a bit faster than alternatives. There’s a lot more room for your files, too, with 128GB of eMMC storage meaning you can actually store many if not most of your digital goodies on your Chromebook rather than having to rely entirely on the cloud. It’s great to have that extra flexibility for the most important files in your life.

Best of all is the Chromebook’s 11-inch 2K touch display that offers maximum color broadness and accuracy. If you need to create colorful presentations on the cloud, this is a great way to ensure you get the most from your system. Offering plenty to love and standing a cut above the rest when it comes to Chrome laptops, this stylish 2-in-1 will give you a more premium experience at a great price. It’s the ideal way to get all the security of Chrome OS with all the advantages of its great hardware.

While many Chromebooks feature fairly basic HD displays, the Samsung Chromebook Galaxy 4K offers just as much as you could ask from a regular laptop and then some. It has a 13.3-inch UHD touchscreen that looks fantastic. If you hate staring at a small display, you’re going to love all the extra space that this one gives you on top of its versatile 2-in-1 form factor. While you might think that means you miss out on portability, you won’t: This remains a lightweight and thin design that even comes with a stowaway stylus pen. Weighing just a little more than two pounds, it’s surprisingly slight for a Chromebook with such a great display as its focus.

You also get very solid hardware: It has an Intel Core i5 processor along with 8GB of memory. That’s more than what you need to get stuff done via Chrome OS. It also has a full 256GB SSD rather than pared-down eMMC storage, so you’ve got plenty of space for your work files and apps. Refreshingly, it also has support for both Bluetooth and Wi-Fi meaning it’s suitably future-proofed for any connectivity needs you might come across further down the line. Amongst all that hardware is reliable battery life, meaning you can work throughout the day before you need to find a power source. This 2-in-1 Chromebook also offers two USB-C ports so you can use one to charge up quickly while using another for charging other devices or connecting extra hardware.

Smartly designed in almost every way, the Samsung Galaxy 4K Chromebook is an absolutely delightful machine. It’s far classier than its price tag suggests meaning it’ll look great when you’re working from home while still being fully capable too. It’s a great all-rounder for most purposes and is sure to put you in good stead for a while to come.

When are the best Chromebook deals?

The biggest sales are fairly easy to spot. Think of a major holiday and there’s probably going to be a sale around then. The brightest highlights are Black Friday and Cyber Monday. Both are major sales events which means retailers cut the price of highly sought-after technology significantly during those times. It’s likely we’ll see some of the best Chromebook deals of the year then, but you’ll need to be quick. Black Friday and Cyber Monday stock tend to be strictly limited which means once it’s gone, it’s gone, and you might miss out.

Alternatively, Prime Day is a key time for sales, too. It’s Amazon’s exclusive sales event, but often other retailers get in on the act and cut their own prices around the same time. Again, technology is some of the most highly sought-after stuff so discounts are pretty deep.

However, there’s a big catch to all of this — timing. Prime Day is not until the summer and Black Friday and Cyber Monday aren’t until near the end of the year. In all cases, you’re going to need to wait to snag one of the best Chromebook deals. There’s not even any guarantee that the deals will be better, though; if you need a Chromebook now, you probably won’t want to wait that long to get one. For one thing, if your existing setup has died, can you last months without a laptop or Chromebook? It’s unlikely, so you’ll need to look for the best offers going right now instead.

If for some reason you can wait it out then do so, but we won’t blame you if you have to dive right in. If nothing else, sales events can be stressful as stock flies out faster so by buying now, you don’t have to worry about stressing over your plans and beating the rush that comes around these big sales events. Plus, you get the benefit of your new Chromebook straight away rather than having to wait for months. 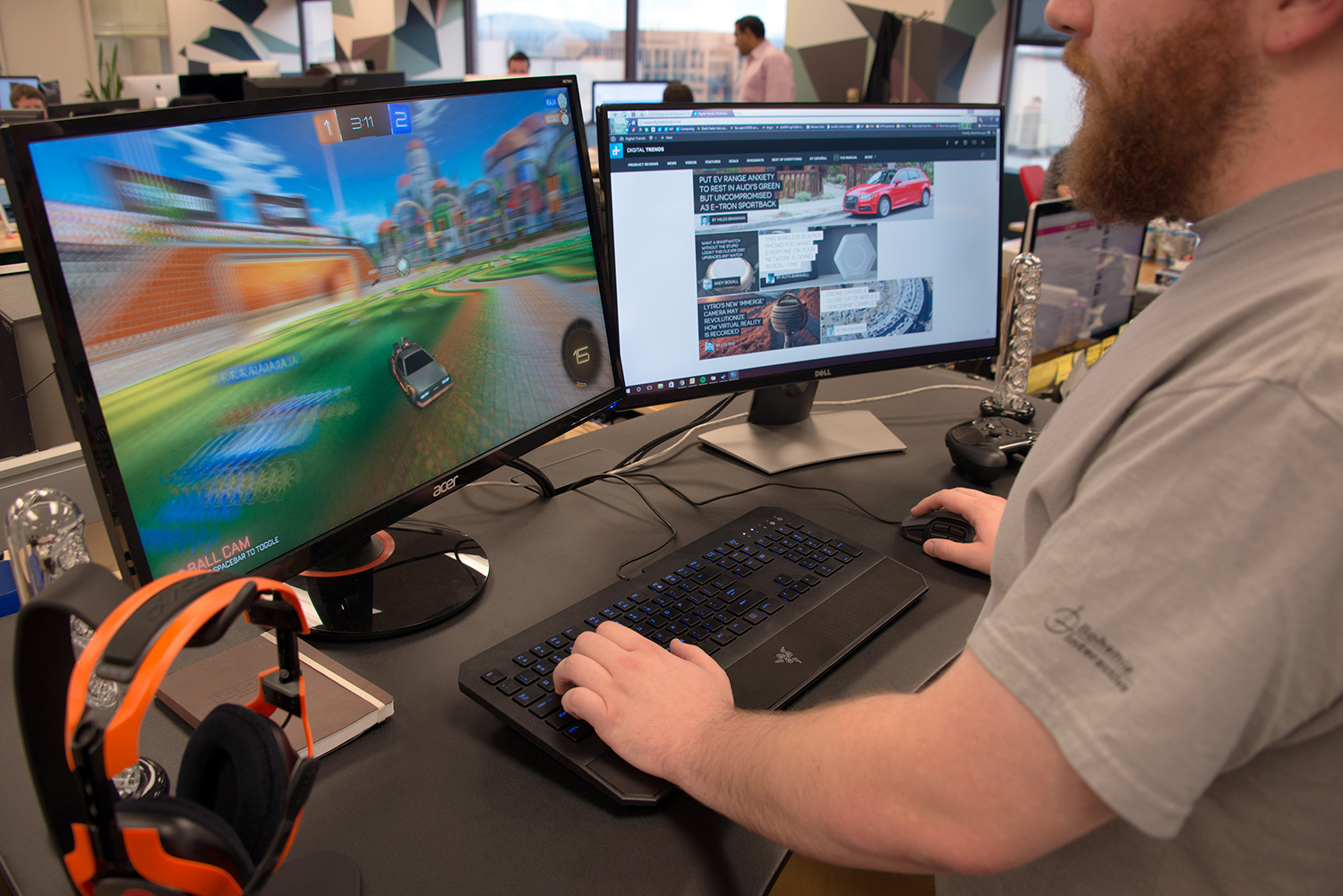 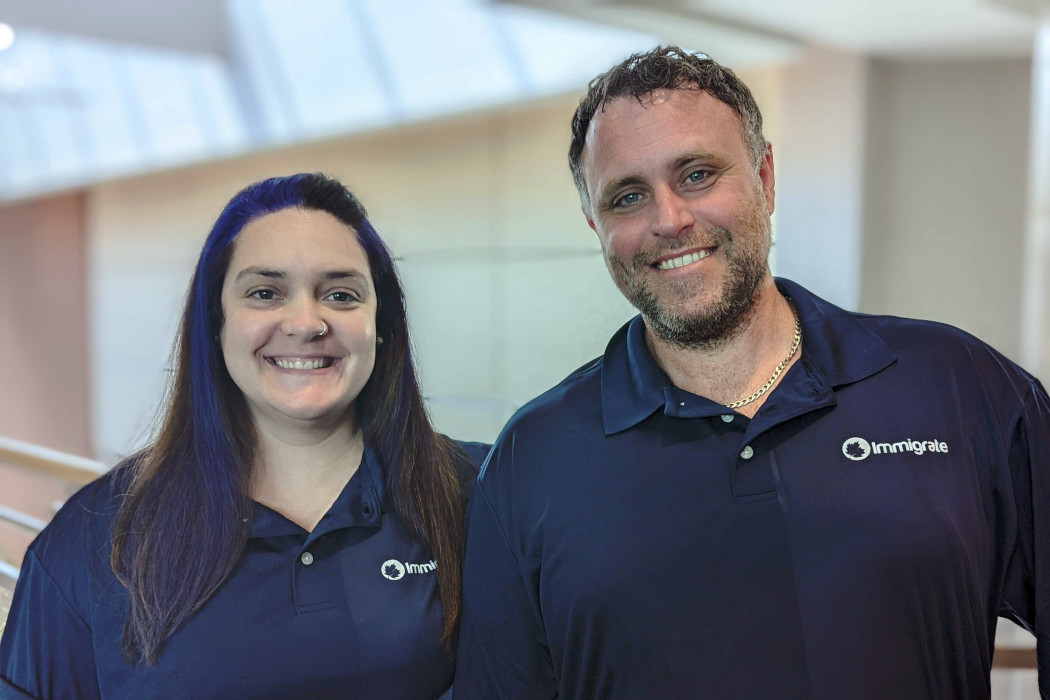 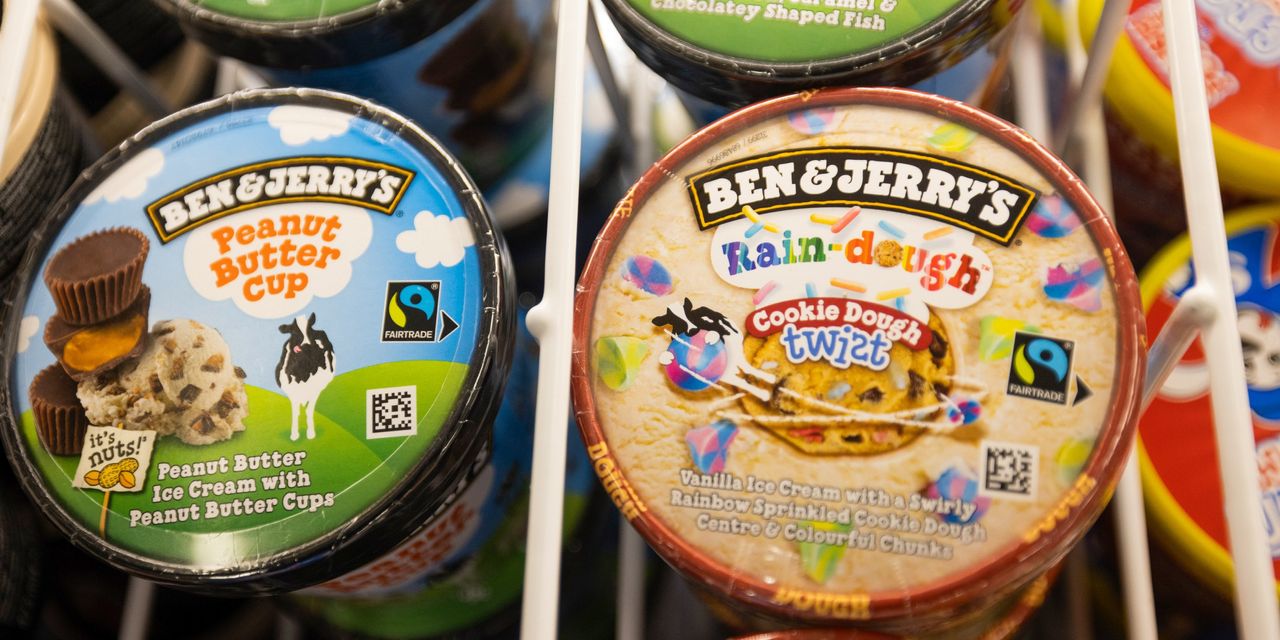