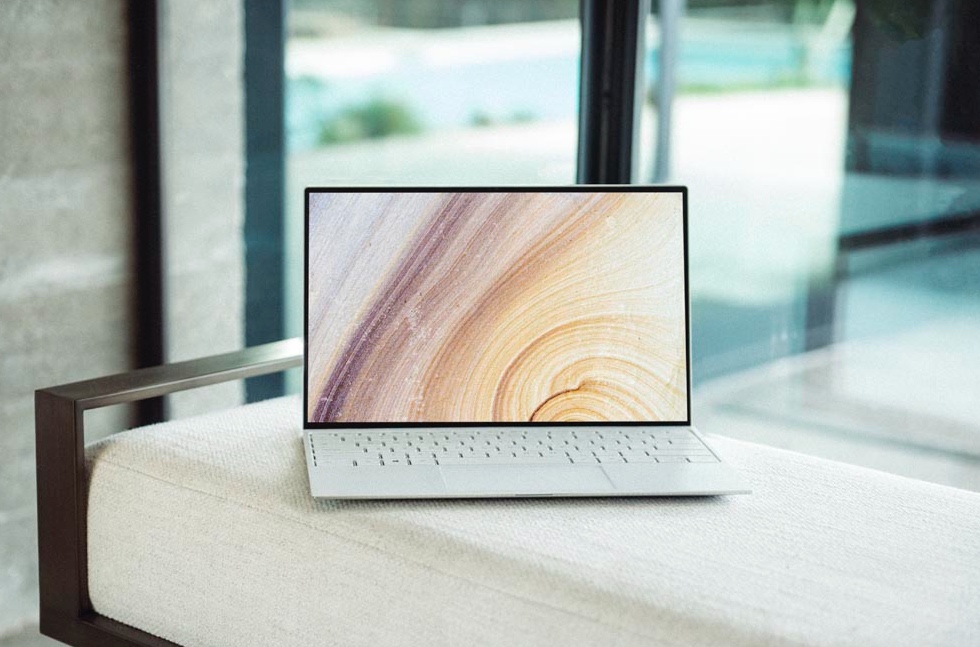 The starting prices of the best MacBooks aren’t exactly cheap, but you’re paying for the premium experience of a top laptop brand. The devices are elegant and solidly designed. Still, what if you don’t want to use MacOS? What if the Mac doesn’t support your favorite software? That’s where this guide comes in.

The best alternative to a MacBook, and the best laptop overall, is Dell’s XPS 13. It may not be as sleek as the MacBook, but it delivers speed and performance while staying relatively lightweight. You’ll find other alternatives on our list as well from Asus, Lenovo, and Microsoft.

Why you should buy this: It’s the best laptop, period, and the best MacBook alternative.

Who’s it for: Anyone who wants a nicely sized laptop with plenty of power and a solid build.

Dell’s latest XPS 13 model is based on 11th-generation Core i5 and i7 processors. Apple’s MacBook Pro 13, meanwhile, features Apple’s new in-house M1 processor as does the MacBook Air. Design-wise, the latest XPS 13 measures 0.58 inches thick and weighs around 2.64 pounds. The 13-inch MacBook Pro is slightly thicker and heavier at 0.61 inches and 3.1 pounds, while the MacBook Air is 0.63 inches thick and weighs 2.8 pounds. These are all just numbers, however, as you won’t notice any significant differences when toting them from place to place.

Of the three, the Dell XPS 13 provides more connectivity with two Thunderbolt 3 ports, a microSD card slot, and a 3.5mm audio jack. It even ships with a USB-C to USB-A adapter so you can connect an external keyboard or mouse. Some configurations include touch-based screens with a UHD+ resolution as well, and there’s the option of an OLED panel that offers some of the best colors and contrast you’ll find on a laptop today. 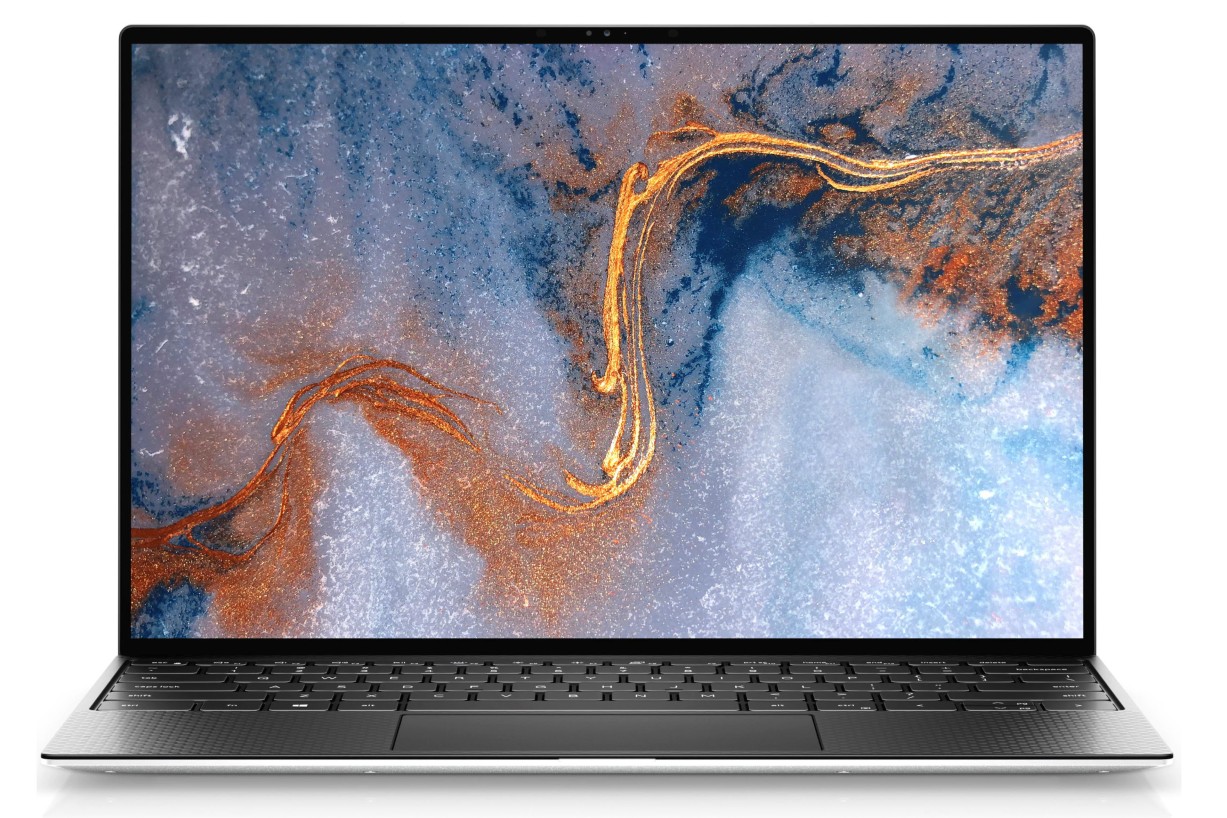 Why you should buy this: It’s a well-built laptop with an OLED display for an attractive price.

Who’s it for: Anyone who wants a beautiful display and good performance but doesn’t want to spend a lot.

Why we chose the Asus ZenBook 13 OLED:

If you’re looking for something with the premium design and build of a MacBook, the Asus ZenBook 13 OLED UM325 is the ultimate solution for you. It has a newly designed keyboard that is perfect to type on and a large trackpad reminiscent of the MacBook. Its display is technically lower resolution at 1080p, but as an OLED panel, colors pop, and everything looks beautiful on it.

The UM325 isn’t just about looks, though. It packs either a Ryzen 5 or 7 processor, neither of which slouch for heavy tasks. AMD’s latest processors are closer in performance to Apple’s M1 processor, making the ZenBook a better competitor performance-wise than many Intel-based laptops. You can max out the memory at 16GB and get up to a 512GB SSD. Ports are decent if a bit limited, with a USB Type-A, two USB-C ports, and an HDMI slot — more ports than a MacBook but without Thunderbolt support.

All of this adds up to an experience that is very similar to the MacBook, which makes the Asus UM325 a perfect alternative. 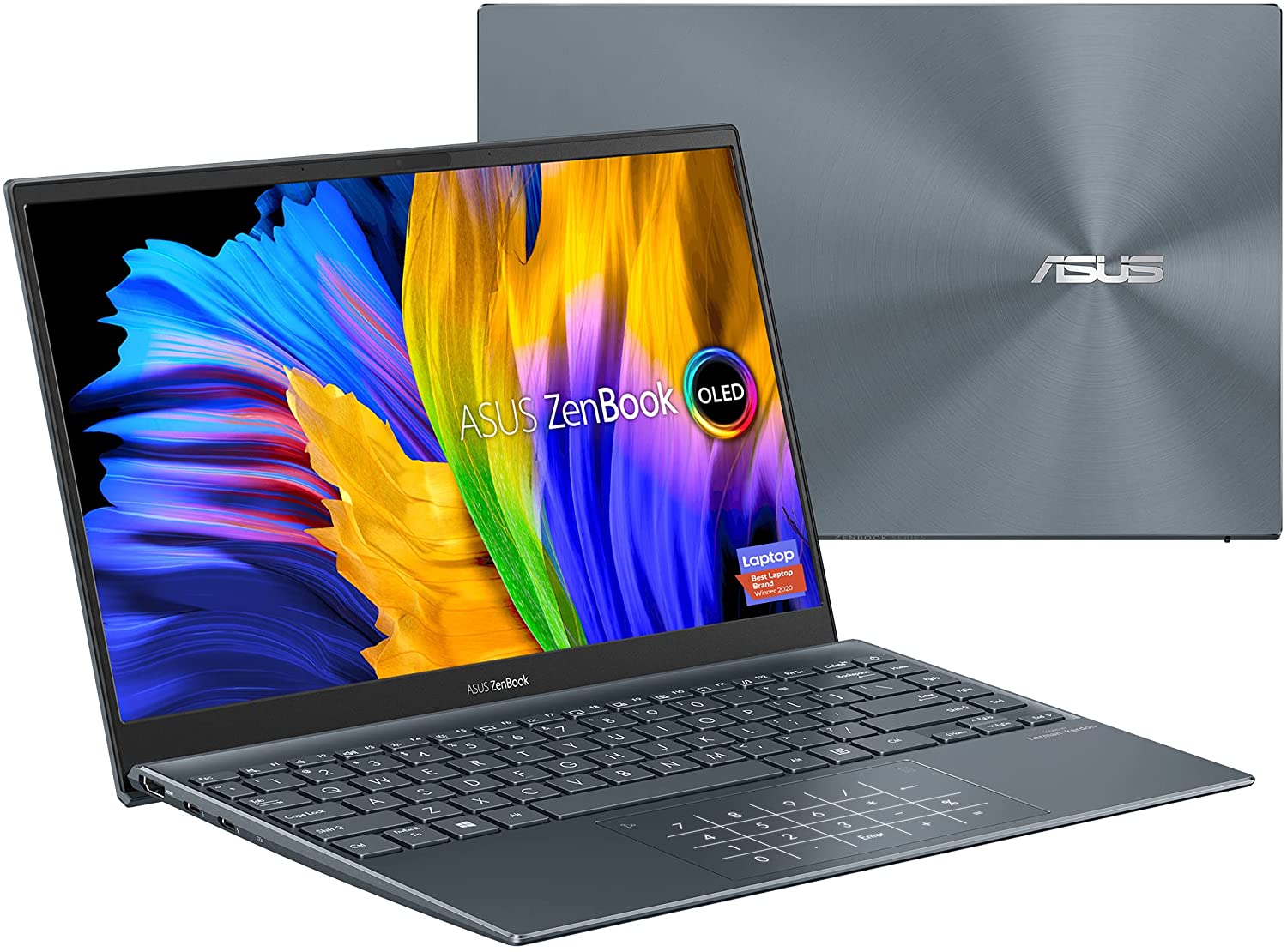 A smaller and lighter MacBook Air

Why you should buy this: It’s the smallest and lightest MacBook alternative with a great keyboard.

Who’s it for: Anyone who wants something tiny to carry around without compromise.

Why we chose the Lenovo ThinkPad X1 Nano:

For a compact alternative that offers the same premium feel and performance as the MacBook, Lenovo’s ThinkPad X1 Nano is the way to go. It’s a 13-inch display, so it is on par with the MacBook Air’s thinness. It’s also very lightweight, coming in at 1.99 pounds compared to the MacBook Air’s 2.8 pounds. And with a 2160 x 1350 display that supports Dolby Vision, photos and videos look great.

Aside from that, it comes with Tiger-Lake Intel Core i5/i7 processors, and it starts with 8GB of RAM and a 256GB SSD. It isn’t the greatest workstation, but it should provide solid performance for everyday or even prosumer users.

The big selling point of the ThinkPad X1 Nano is that it has the same keyboard as every other X1 product. Lenovo’s X1 series has been a constant leader in this category, so it’s exciting to see it in a thin and light design. It’s a deeper keyboard than Apple’s Magic Keyboard and provides a different feel that some typists prefer. That means this computer is ideal for writers, journalists, or anyone who sends a lot of emails. If typing is an important part of the experience for you, that’s all the reason you need to look at the X1 Nano. 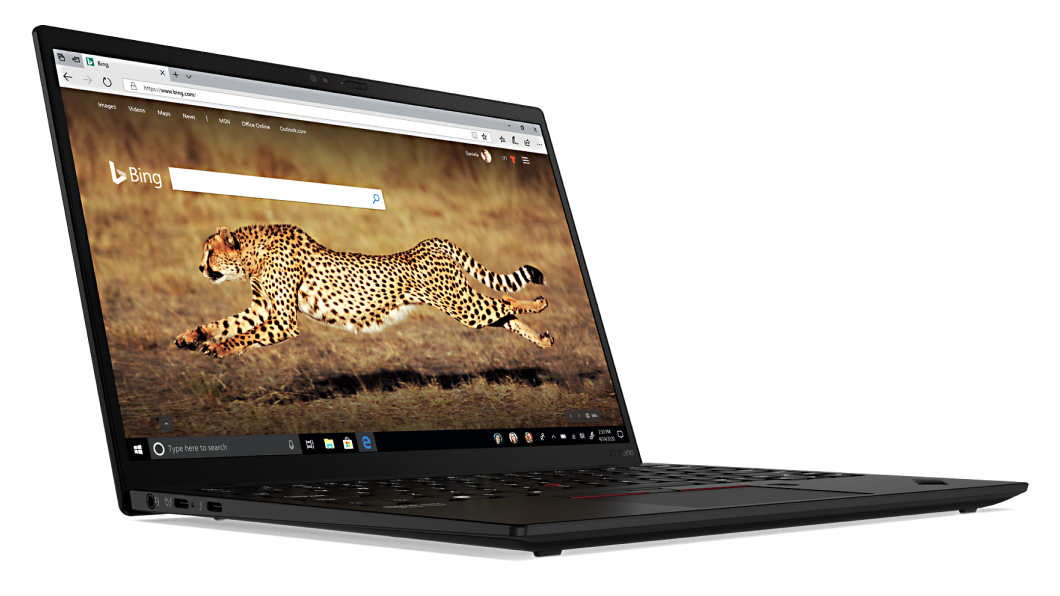 A smaller and lighter MacBook Air

A MacBook Air with more ports

Why you should buy this: It’s the smallest and lightest MacBook alternative with a great keyboard.

Who’s it for: Professionals who still want to enjoy that Razer flair.

Why we chose the Razer Book 13:

Razer has been making quality gaming laptops for years, but even though their Stealth notebooks were quality products, they weren’t really productivity-focused alternatives to MacBooks. Now we have the Razer Book 13, a laptop aimed to take on premium notebooks like the MacBook.

Unlike most of their products, the Razer Book forgoes having a discrete graphics card in favor of thinness and portability. The Razer Book comes packed with either an 11th-gen Intel Core i5 or i7, and it has up to 14 hours of battery life. That gives it all the performance and battery power of the latest MacBooks, but the Razer Book has Apple’s product beat when it comes to ports. The Razer Book comes with two Thunderbolt 4 ports, a USB-A port, an HDMI slot, as well as a headphone jack, and a microSD card reader.

If you’re a fan of Razer but want something geared more towards productivity, theater Book 13 is a compelling option. 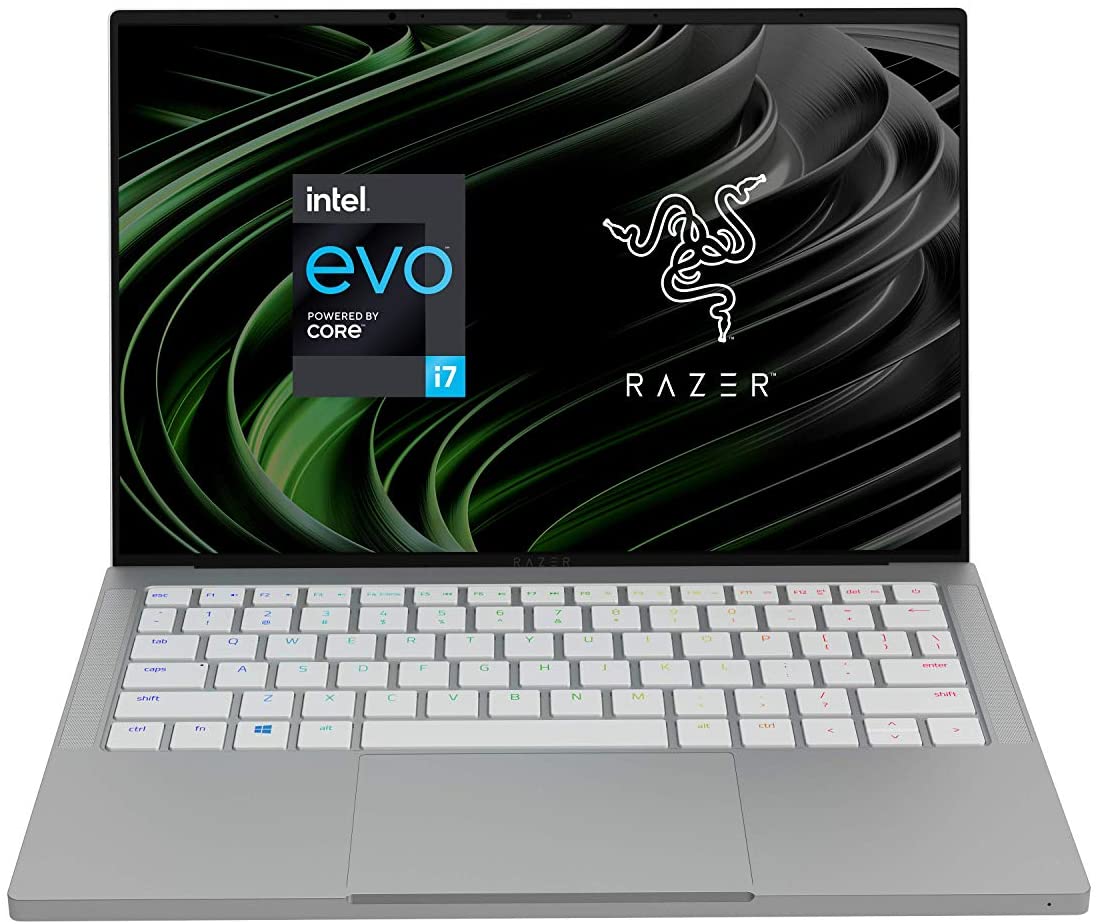 A MacBook Air with more ports

A more flexible alternative to the MacBook

Why you should buy this: It’s the best convertible 2-in-1 you can buy.

Who’s it for: Those who want the function and form of a tablet and laptop in one.

Why we chose the Lenovo Yoga 9i Gen 7:

Lenovo’s Yoga 9i Gen 7 represented a significant redesign of the company’s premium mainstream convertible 2-in-1. Its edges were rounded and lined with chrome, and it received a superior OLED display. It provides an excellent combination of performance and battery life, and its rounded corners make it a comfortable 2-in-1 in tablet mode.

The Yoga 9i Gen 7 also features Intel’s latest 12th-gen P-series CPUs, which are fast for both productivity and creative applications. The 16:10 OLED display is spectacular, and the taller aspect ratio provides more room on the palm rest for a larger touchpad.

The Yoga 9i Gen 7 looks and feels like a premium laptop, and it has the performance to back it up. That’s what makes it a great competitor to the MacBook. 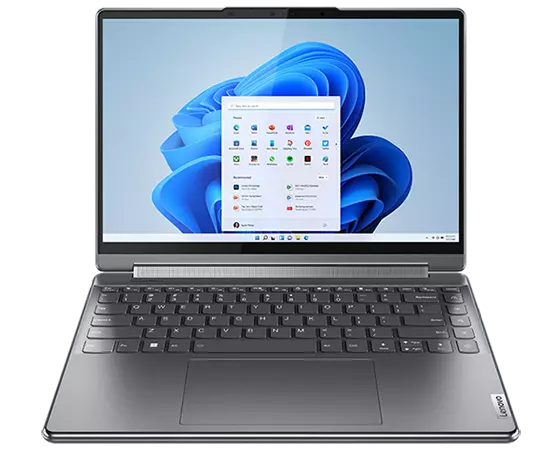 A more flexible alternative to the MacBook

A powerful alternative to the MacBook for less money

Why you should buy this: It’s a powerful MacBook alternative for a lot less money

Who’s it for: Anyone who wants some of the power of a MacBook without the investment

HP’s Envy series has always been a competitor to Dell and Apple’s top-of-the-line products, but they are usually a bit more affordable. The same is true of the HP Envy 15. It’s a slick-looking device that has a ton of power under the hood, so users save money without sacrificing quality or performance.

You also can add in a GeForce RTX 3060 graphics card at a starting price of $1,600, which will really boost power for creatives. It’s a better experience than just relying on the processor, and it still comes in cheaper than the XPS 15.

The Envy 15 is also a bit chunkier than the competition, but that comes with improved connectivity. The Envy 15 packs an HDMI port, two USB-C/Thunderbolt 3 ports, and two USB-A plugs, as well as a microSD card reader.

All that being said, you’re getting a lot more for a significant discount with the HP Envy 15. 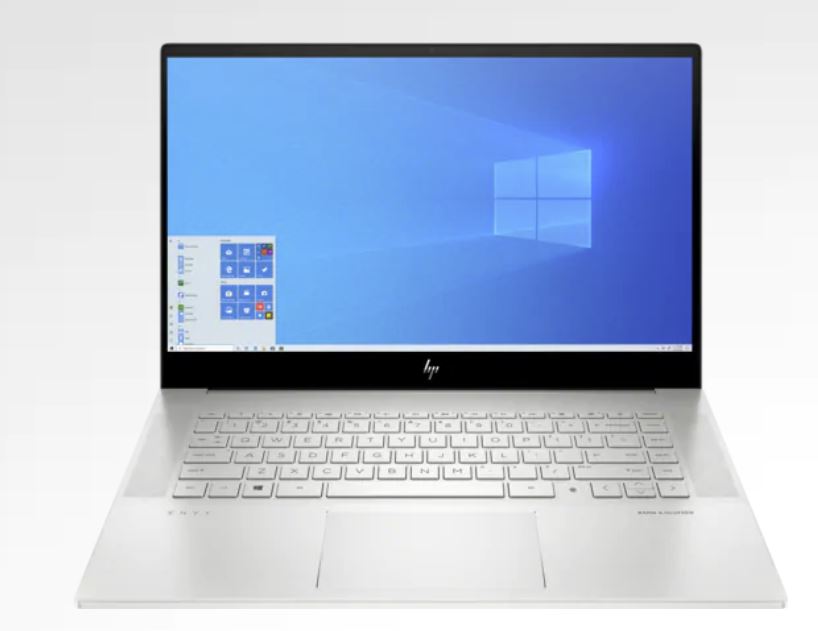 A powerful alternative to the MacBook for less money

All the size of the MacBook Pro 16 without the weight

Why you should buy this: It has the size of a MacBook Pro 16 without the weight.

Who’s it for: Those who need a powerful laptop that won’t weigh them down when traveling.

If you’re more accustomed to laptops with larger displays, you will be looking for an alternative to the MacBook Pro 16. For that, we recommend the LG Gram 16. It’s a large and powerful laptop that still maintains an ultra-thin profile.

In fact, the LG Gram is the lightest 16-inch notebook computer in the world at just 2.62 pounds. It maintains that thinness while still having great battery life and delivering solid performance from its Intel 11th-gen Core i7. It doesn’t have a discrete graphics option, which is uncommon in this form factor and price bracket, but it is still a competent work device.

As the MacBook Pro 16 gets older and less desirable, the LG Gram 16 is all the more attractive thanks to its lightweight design and modern components. 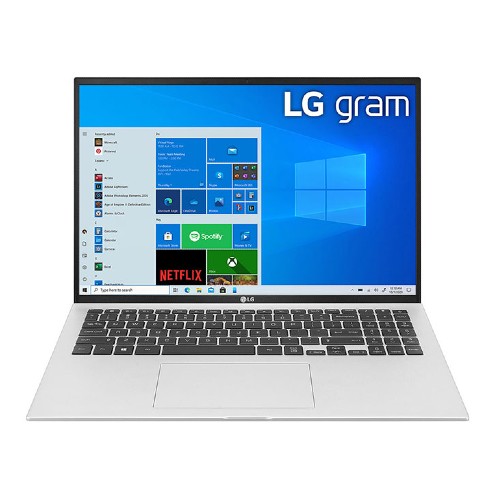 All the size of the MacBook Pro 16 without the weight

Why you should buy this: It offers the quality of a MacBook for the business professional.

Who’s it for: Professionals who want a more business-oriented laptop than the MacBook.

Why we chose the HP Elite Dragonfly Max:

The original HP Elite Dragonfly was our favorite business computer in 2020, thanks in large part to its luxurious design and LTE connectivity. This year, HP has upped the ante by releasing two Dragonfly models: The Dragonfly G2 and Dragonfly Max.

Of the two, we like the Dragonfly Max more. You’re already spending quite a bit of money on either, and the Max has the better features. The Dragonfly Max comes with the expected upgrade from 10th- to 11th-gen Intel processors and Thunderbolt 4, but it also boosts the memory put to 32GB. The first Dragonfly had an LTE connection, but the Dragonfly Max and G2 now include 5G.

The Max also has some features the G2 doesn’t, such as a more robust internal mic setup, a better 5MP webcam, and a lovely new Sparkling Black color.

The HP Dragonfly Max gives us all of this while delivering the same gorgeous screen, incredible performance, and awesome battery life as the original. It’s a great option for business users looking for a MacBook alternative with a 5G option. 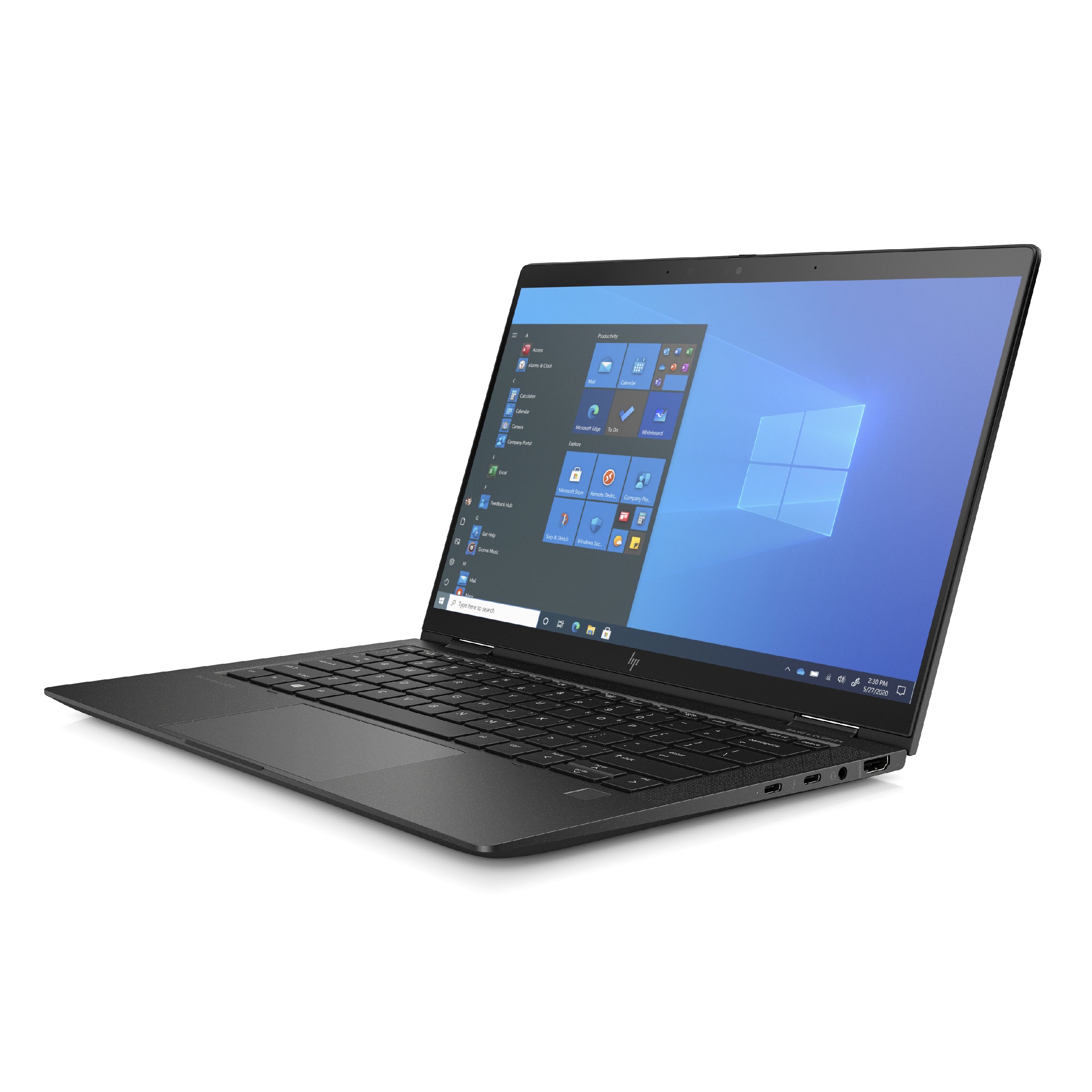 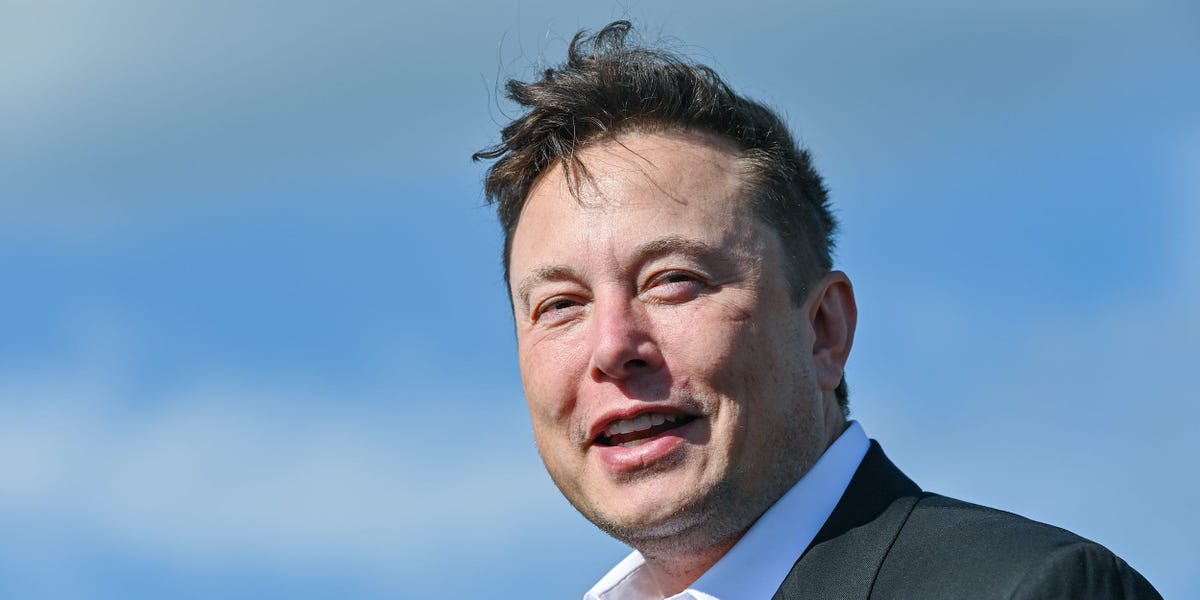