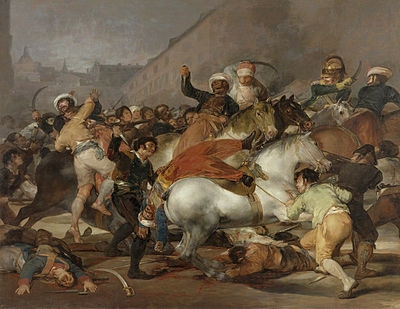 Famous Spanish Romanticist artist Francisco José de Goya is renowned for several reasons. However, he is best known for his paintings depicting the true horrors of war and the many other inherent sufferings associated with the human condition.

Perhaps even more intriguing than the paintings themselves is their philosophy. It was one of Francisco de Goya’s main motivations as an artist to highlight and bring attention to the dark side of humanity instead of avoiding them as most artists of the time did.

Up until Goya, artists depicted such things as war and other sufferings as glorious and almost noble acts. At the same time, Goya decided to paint them how they indeed are, dark, gruesome, and ultimately, evil. This stoic philosophy of seeing things the way they are is Goya’s most significant mark of greatness as an artist and a human.

Francisco de Goya has often been called the “Last of the Old Masters.” He is widely respected as one of the most significant Spanish artists of all time and one of the inspirations for the existence of modern art in Spain.

Initially trained in the Neoclassical painting style, Goya studied and followed in the footsteps of great painters such as Leonardo da Vinci and Rembrandt van Rijn. This realistic style and attention to detail can be found throughout Goya’s work. However, they would be accompanied by his twist.

Goya uniquely bridged the gap between the old art world and the modern world that began blossoming around the 19th century. As a result, elements of Romanticism, Expressionism, Impressionism, and Surrealism can all be found within Goya’s art, and his influence on these art movements is undeniable.

One of the main philosophies embodied in Goya’s art was his negative views toward war and his anti-war stance. Goya remained in Spain despite better judgment during the Peninsular war with France, and the experience seemed to have a severe effect on the artist.

Francisco Goya’s art took on an ever-increasing dark element from this point onward. He created a series of prints known as “The Disasters of War” that showcased many of the atrocities and injustices committed in times of war. As a result, Goya is regarded by art historians as one of the first anti-war art.

The Second Of May – Goya

His most famous paintings, “The Second of May 1808” and “The Third of May 1808,” poignantly portray war’s grim reality and utter pointlessness. There is no glorification of battle in these paintings, instead only the stark reality of oppression and slaughter.

Another one of Goya’s core philosophies was to point the light of scrutiny on the political and moral corruption that he felt was rampant during his time. Like with his anti-war paintings and sketches, Goya would devote much of later works of artist Francisco Goya to the more sinister traits of humanity.

During this period, Goya would base many of his paintings on insanity, insane asylums, human greed, and religious and political corruption. In addition, Goya was presumed to have held a deep discontent for the fate of his fellow man and his country.

Many critics have also argued that these paintings are a statement on the deterioration of his own physical and mental state. Whatever the case may be, Goya painted dozens of paintings showing his dissatisfaction with political, religious, and social affairs. Even when he began painting demons somewhat later in his career, these can also be seen as judgments on human behavior.

As Goya reached the later part of his life, he was heavily impaired by various physical ailments. This isolation of suffering alongside his already negative philosophy toward humankind resulted in the Caprichos prints and Los Disparates etchings, which then later developed into what became known as the “Black Paintings.”

These prints and paintings were never intended for public viewing and were only recovered after Goya’s death. The paintings themselves depict a series of dark abstract figures and twisted faces. Themes such as violence, nudity, condemnation, and demons are prevalent throughout the series.

One such painting perfectly summarizes Goya’s philosophy on Society and his own life. “Saturn Devouring, His Son,” depicts the Greek myth of the God Saturn eating his child and is the perfect euphemism for representing society destroying itself by its foolishness. It can also be seen as a profoundly personal painting of Goya accepting his inevitable death.

It may not have been his intention, however these dark paintings would inspire a whole new generation of artists to explore their dark side and inner demons. Following his death, a paradigm shift occurred in the world of art, and this kind of darker-themed art became more and more common in the mainstream.

Furthermore, and perhaps even more far-reaching, Goya’s anti-war stance and paintings would become the artist’s standard stance and philosophy. The impact of his anti-war paintings directly inspired famous artists as a result.

Artists like Pablo Picasso, Edourad Manet, and Salvador Dali directly credited Goya as the inspiration for some of their masterpieces. Other famous figures throughout history, such as Fredrich Nietzsche, Carl Yung, and many more, also owe a lot to the influence and philosophy of Goya.

Francisco de Goya’s philosophy of art stood for many things. He was a radical protestor of violence and war, but he also wasn’t afraid to look into the dark side of humanity that most people choose to ignore. Be sure to check out the entire works of the artist Francisco Goya; you won’t be disappointed. 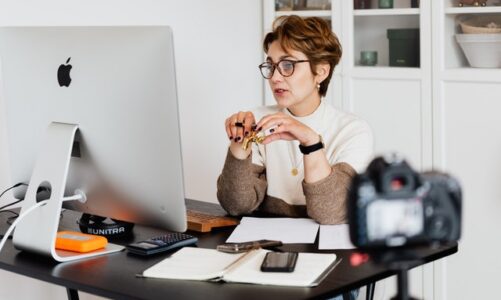