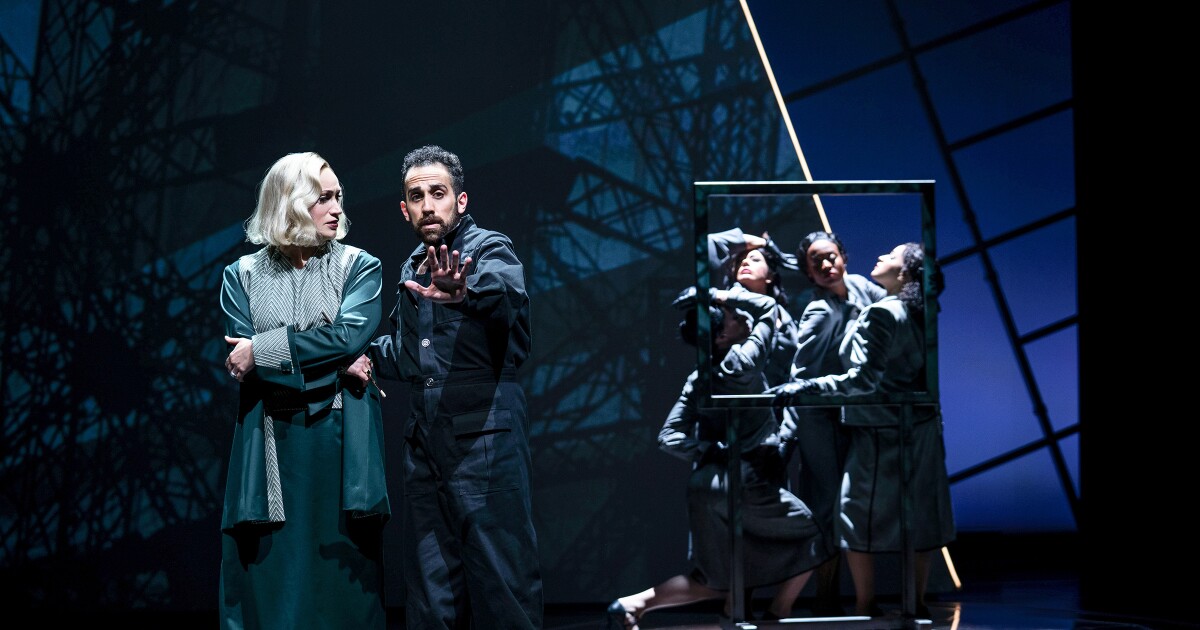 The most well-known Tamara de Lempicka piece is a self-portrait. The renowned artist, wearing a silver helmet and a matching scarf, is in the driver’s seat of an emerald green Bugatti, her gloved hand resting nonchalantly on the sports car’s steering wheel.

She is glamorous, confident and commanding; she is visibly at ease with being the center of attention. In fact, she seems to be staring right back at the viewer, eyeing others while simultaneously being seen.

The piece, created in 1928 for the cover of a fashion magazine, has since been hailed as the definitive image of the modern woman, the auto age, the Art Deco style. Is it that important that Lempicka did not actually drive a glamorous green Bugatti, but a little yellow Renault instead?

As she told Houston City Magazine in 1978: “I painted the car green because I prefer it so.”

The audacity to legitimize her own gaze — within her work, among her lovers, about herself — was groundbreaking for a female artist in 1920s Paris. A hundred years later, this singular boldness pulses through “Lempicka,” a Broadway-bound musical that’s as ambitious and complex as the painter it frames onstage.

“For how absolutely dynamic she was, her story has been under-told,” director Rachel Chavkin tells The Times. “Tamara was a living intersection of so many movements and events of her time: She was queer, she was her family’s breadwinner, and she came of age between the two world wars, the exact moment that women were finally busting out of a whole series of historic constrictions. She really was in this relentless quest of herself, her voice and her desire to have it all, which is something that stood out to me and still resonates with women today.”

Running through July 24 at La Jolla Playhouse, the stage show begins with Lempicka and her aristocratic husband seeking refuge from the Russian Revolution in Paris, where she rose to fame as an in-demand portraitist among members of high society. Throughout the roaring decade, she became known for her impeccable techniques and her mixing of influences: cubism and neoclassicism, stillness and speed, past and future.

“Tamara drew on many, many styles of all time periods, but never with the intention to emulate any single one,” says composer and book co-writer Matt Gould. “She was always trying to create something new. It only felt right to do the same thing musically.”

In recent years, Lempicka’s paintings have become incredibly sought-after; at a 2020 auction, one of her pieces sold for $21.1 million. . Her pieces have inspired high-end fashion collections, fronted advertising campaigns and appeared in Madonna music videos. The appeal of her work continues because, clothed or otherwise, her models were always strategically positioned, as if demanding both space on the canvas and the attention of anyone who sees it.

“The way she found inspiration in the body, with these sharp angles and long lines, is so elegant and beautiful,” says choreographer Raja Feather Kelly. “It’s similar to a gesturing technique called épaulment, a French term for when ballet dancers shift their shoulders to play with light and create depth. Our dancers use it with a real precision to recreate Tamara’s paintings onstage.”

Lempicka remains radical for subverting the conventions of the female nude — a category long dominated by male artists — and framing her subjects as empowered, desirous beings. Take Rafaela, the sex worker who repeatedly modeled for Lempicka: According to Artsy’s Alexxa Gotthardt, “Lempicka celebrates female sexuality and allure in her depictions of Rafaela, presenting her as virile, voluptuous, and in full control of her own pleasure; in ‘La Belle Rafaela,’ the subject twists in delight as her hand grasps her own breast.”

The musical reenacts the first time Lempicka paints Rafaela. Portrayed by Eden Espinosa and Amber Iman, respectively, this initial creative collaboration leads to a romantic relationship — and a standout Act 1 closer in which a thrilled Lempicka acknowledges her shifting sexual orientation. The production also re-creates Le Monocle, the historic nightclub that was a haven for queer Parisians, and includes the openly gay singer and club owner Suzy Solidor (Natalie Joy Johnson) as a supporting character.

Still, Lempicka stays married to Tadeusz (Andrew Samonsky), not only because coming out would kill her career, or worse; rather, her desire for her muse doesn’t detract from her attraction to her husband. This framing is key, as it is rare for a major musical to center around a bisexual protagonist, especially one who makes this self-discovery as an adult.

“It was very important that we weren’t telling a story about a woman who was a closeted lesbian because she was afraid or didn’t want to leave the father of her child — no, she had many affairs with both men and women throughout her life,” says lyricist and co-book writer Carson Kreitzer, who is also bisexual.

Adds Gould, who is gay, “This is not a musical where the conflict is about a love triangle and which person she’s going to choose. But instead, it’s: I love them both, so why can’t I have both?”

Just as the real-life figure painted her models with evident dimension, “Lempicka” aims to faithfully represent its multifaceted subject — an ambitious ask, since the artist “was such a creature of savvy reinvention and deliberate mythmaking,” says Kreitzer. She was famously vague about her age, often referred to her daughter as her sister, and asked her kin to call her “Cherie” over “Mom” or “Grandma.”

Lempicka has previously been portrayed onstage. An immersive, multistory theatrical experience was named after her and ran in Los Angeles for a whopping nine years. But it was not actually about her, as it was based on a book about her visit to Gabriele d’Annunzio’s infamously debaucherous estate, written by the Italian poet’s housekeeper. “This is not my work, my art,” Lempicka said of the book in 1978. “All that people will remember or know about me is this servant’s lies.”

Kreitzer and Gould worked with the artist’s estate, now headed by great-granddaughter Marisa de Lempicka, to portray her with as much nuance and interiority as possible, but admit it’s only an introduction to her life and legacy. Still, it’s a promising start.

“I’ve had conversations with people who didn’t know who she was, saw the show and then did their own deep dive into her beautiful body of work,” says Espinosa. “My biggest hope for this show is that Tamara is honored and known and revered — not only as the artist she was but also as the woman she was — because she has deserved that for so long. It makes me so happy to hear that people are now wanting to know more about her.”

Tickets: Starting at $25 (subject to change)

COVID protocol: Masks are required indoors for all performances (check website for changes) 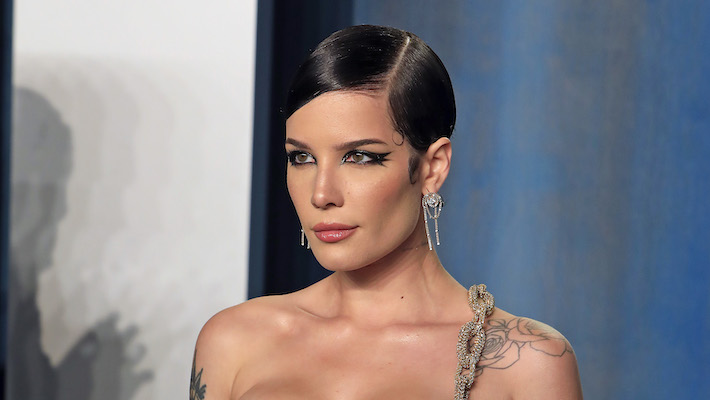 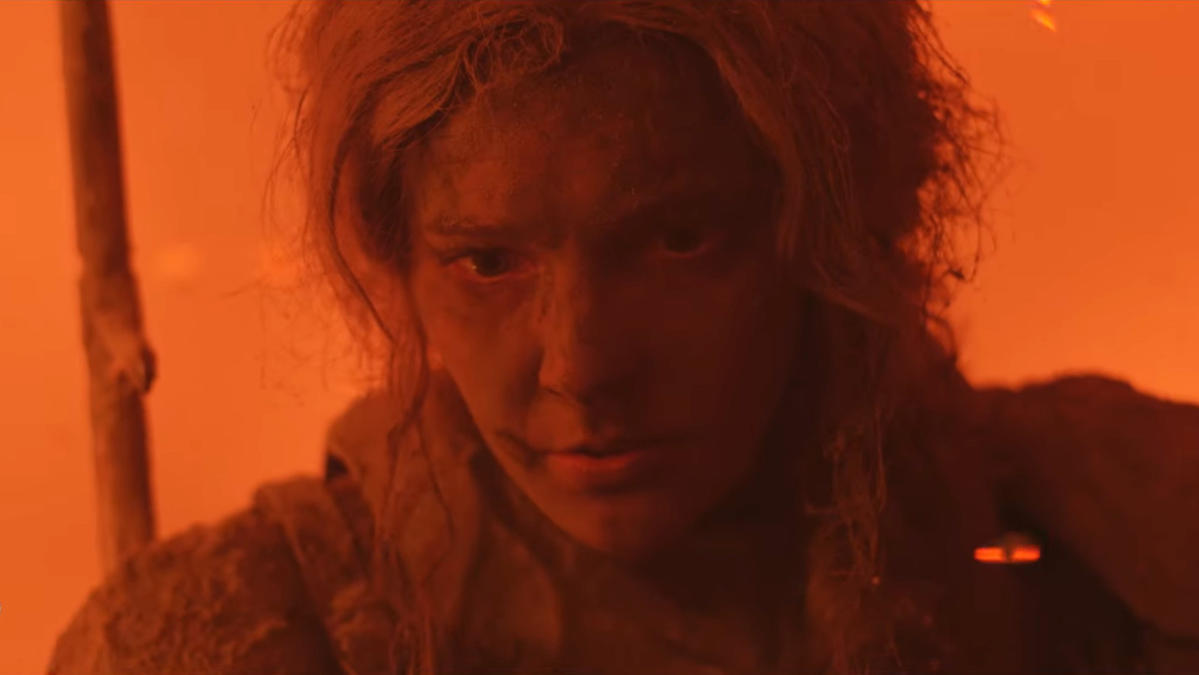