The tumult that has enveloped Hong Kong for the past three years has left an indelible mark on the city’s young protesters — literally, in some cases.

Many of them have chosen to preserve memories of their fight for freedom by inking their skin with one of Hong Kong tattoo artist Kirian’s designs.

Kirian — who asked to be known only by her first name — opened her studio in Kowloon in 2019, the same year millions of anti-extradition bill protesters swept the streets of Hong Kong.

Several activists have since been prosecuted, and punished, under Beijing’s controversial National Security Law, or they have fled their home altogether.

By integrating themes that are emblematic of the city, such as bauhinia flowers and masks, Kirian’s tattoos serve as visual reflections of the Hongkonger identity.

“Some of my clients were going through trials,” she said.

“I think it’s very important to let people who are in prison know that we haven’t forgotten about them.”

Banyantree Aid — one of the only remaining humanitarian funds that supports those who get jailed and their families — receives 10 per cent of the profits from Kirian’s Hong Kong-related designs.

The former Australian National University student said her clients also included those who planned to migrate.

“I would ask people who [plan to] leave about what they think was the thing they would miss about this place, and I’d use those elements [in the] design,” she said.

She said many realised the things they loved most about the city, they no longer saw.

Chinese President Xi Jinping was in the city this week to commemorate the quarter-century anniversary.

It was his first departure from the Chinese mainland since the COVID-19 pandemic began.

One of the significant moments in the ceremony was John Ka-Chiu Lee — the island state’s former security chief who is accused of violently suppressing pro-democracy protests — stepping in as Hone Kong’s new Chief Executive.

Under the agreed “One Country, Two Systems” framework, Hong Kong was handed to China by the United Kingdom on July 1, 1997, with Beijing promising that “Hong Kong’s capitalist system and way of life will stay intact for 50 years”.

However, under Mr Lee’s predecessor, Carrie Lam, the National Security Law was eventually passed in 2020, allowing for sentences of life in prison for crimes such as promoting “secession” or colluding with foreign countries.

Critics say the passage of that law — and the accompanying wave of mass arrests — have broken that promise.

More than 10,000 people have been arrested since 2019 on charges relating to protests, according to data released by Hong Kong’s Security Bureau in April.

Kirian was concerned that she may be arrested “for just doing what normal people do” while navigating the legal system as an artist.

“As for the future of Hong Kong, I don’t know, it’s just feeling like … it’s not what it was,” she said.

“This is just a place where I’m staying until I can’t.”

Despite the harsh laws and potential risks, many small business owners such as Kirian continue to provide former protesters with financial support or jobs.

A spokesperson at Lemon Map, an app that provides details and user reviews of yellow shops, told the ABC there were more than 3,500 stores like this in the city.

Several small business owners told the ABC their operations had become more challenging as a result of the authority’s frequent checks and the city’s shifting COVID-19 rules.

The ABC has contacted the Hong Kong government for comment.

Since she opened her Nepali restaurant in Hong Kong’s Kennedy Town in 2020, Carrie Poon has been offering jobs to protesters who have been charged under the National Security Law.

“I think it’s hard for them to get a job. As soon as people know, they can’t commit [for] long to work in a company, as sometimes they need to go to court for trial,” she said.

“I just want them to know there’re still choices in Hong Kong, that you can find an employer, or a business that has the same belief.

“You’re lonely now, but not alone.”

She said some of the young people who came to her shop were “really traumatised”, so she never inquired too deeply into what they had experienced during the protests.

Ms Poon said she would remain in Hong Kong for her business and for other pro-democracy Hongkongers who were unable to leave.

However, Sugar Leung, who had also hired protesters to work in his cafe, made the decision to depart for the UK in July last year.

“I [made the decision to migrate], primarily because I didn’t want my child to be brainwashed by the Hong Kong authorities,” he said.

“And I am scared that I might be arrested for no reason.”

One of Mr Leung’s former employees had been charged with “rioting”, a crime that could carry a sentence of up to 14 years.

Mr Leung wishes he could open another Hong Kong-style cafe in London in the future and hire protesters again.

“They have sacrificed themselves, fighting for democracy and freedom. I just want to help them as much as I can.”

According to data from Hong Kong’s Census of Statistics Department, between 2016 and 2022, the city’s population growth rate declined by 0.5 per cent — the first time since 2006 that its growth had shrunk.

Hong Kong residents have been given access to permanent residency in other countries, such as the UK, Canada, and Australia.

The British National Overseas (BNO) visa — which was introduced last January — saw more than 88,000 applications from Hongkongers, according to data from the UK’s Home Office.

Since November last year, more than 5,000 Hong Kong citizens have arrived in Australia on a range of visas.

He manages OzStarter, a website that links newly-migrated Hongkongers with Australian employers, many of whom also have a background in Hong Kong. So far this year, they have helped 30 people secure job interviews.

Mr Lo believes that things will get worse in Hong Kong over the next few years and more Hongkongers will come to Australia.

“Now using John as the chief executive, who is from the police force, I can see China is trying to see if they can get better control in Hong Kong.”

However, Sam Wong, who migrated to Australia in 1969 and visited China multiple times as a Chinese Australian community leader, disagrees.

“I was brought up in Hong Kong under colonial rule. I was treated as a third-class citizen because we were native-born Chinese,” he said.

“John Lee, he has a very good team now to get everything working together to rebuild Hong Kong.”

As a foreign correspondent for the Financial Times in 1997, Tony Walker — who is now an adjunct professor at La Trobe University in its school of communications — covered the handover from Beijing and witnessed the celebrations in Tiananmen Square.

“There were fireworks displays in the square,” he recalled.

“It was celebrated in China, of course, as a moment when it regained its sovereignty over Hong Kong and the territories.”

At that point, Mr Walker hadn’t anticipated that Beijing would disrespect the agreements with the British government.

But now, he is not optimistic about Hong Kong’s future.

“The situation will probably continue more or less as it is,” he said.

“John Lee is effectively a Beijing appointee. I don’t see him taking a different course from his predecessor, Carrie Lam.”

However, he was nevertheless surprised by the flourishing of yellow shops.

“I had assumed that instability was not in the interests of the business community, including small businesspeople,” he said.

“I think the population has been intimidated into, if not silence, then not actively protesting, as it did.

“But, I have to say, I was surprised how widespread the protests were, and how persistent they were, and, frankly, how courageous people were.”

Read the story in Chinese: 阅读中文版 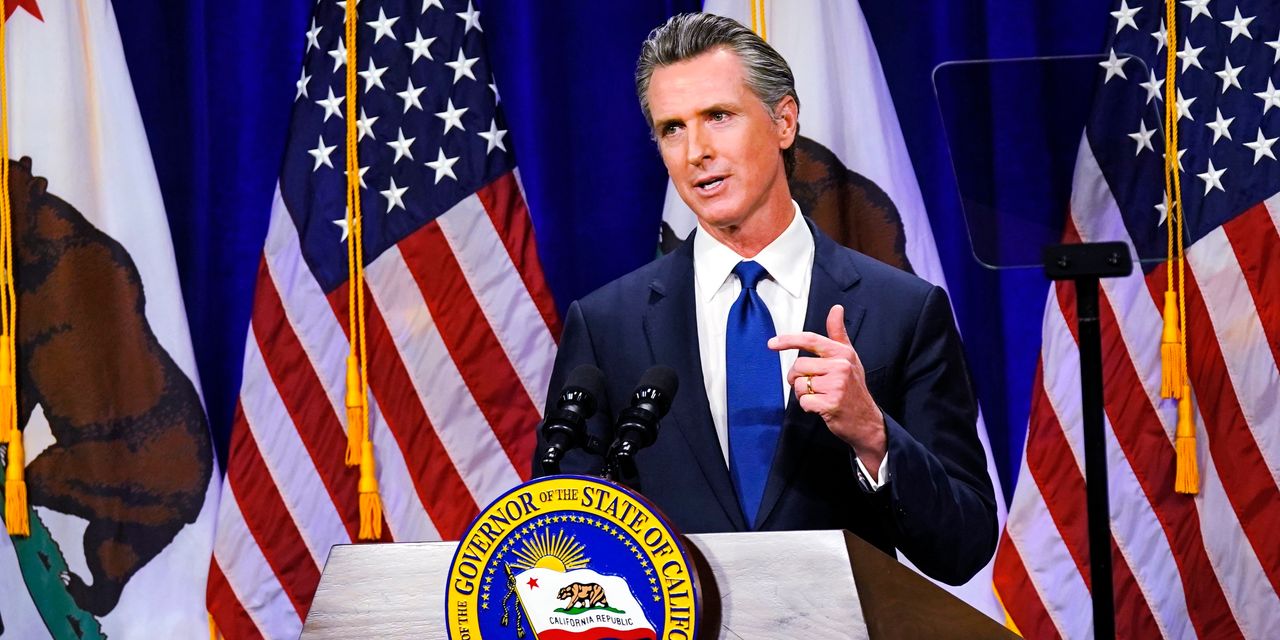