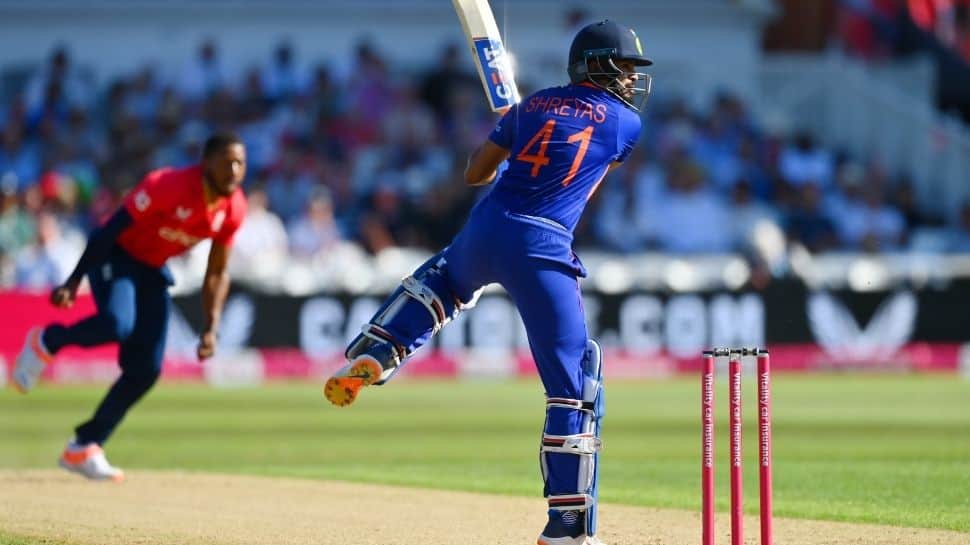 Suryakumar Yadav’s heroic century went in vain as India succumbed to a 17-run defeat to England in the third and final T20I of the series here at Trent Bridge in Nottingham on Sunday. The inning was a disappointing one for India. They lost their top order within a very short time. A huge 119-run partnership followed between centurion Suryakumar Yadav (117*) and Shreyas Iyer (28) followed and gave India a chance in the match. But English pulled back the game in their favour by taking wickets at crucial stages and denied Men in Blue a clean sweep. India has won the series 2-1.

A gritty performance from #TeamIndia but England win the third #ENGvIND T20I.

Chasing 216, India was off a terrible start, losing Rishabh Pant for just one in the second over. Medium-pacer Reece Topley sent him back to the pavilion after wicketkeeper and skipper Jos Buttler caught Pant from behind. This brought Virat Kohli to the crease. He looked good, smashing David Willey for a four and a six in the third over. But he was dismissed for just 13 in that over while attempting to slap a wide-length ball. The ball landed safely in the hands of Jason Roy.

Suryakumar Yadav was up next on the crease. Rohit-Suryakumar tried to build a partnership by hitting some good shots and maintaining a solid running between the wickets, but it was cut short at 18-runs after Topley dismissed Rohit for 11 with assistance from the safe hands of Phil Salt. India was in crisis, with its top order back in the hut within a space of 31 runs.

Suryakumar Yadav kept going, producing some fine shots. He punished Liam Livingstone’s spin heavily in the ninth over, hitting him for three beautifully placed fours. The duo brought up their 50-run stand in just 29 balls.

At the end of 10 overs, India stood at 82/3, with Suryakumar Yadav (41*) and Shreyas Iyer (14*). The duo kept piling up runs, with Yadav reaching his fifth T20I half-century in 32 balls. The scoreboard kept ticking as the 100-run mark was touched in 12.1 overs, thanks to a six by Yadav on a Liam Livingstone delivery. Yadav became extremely aggressive after reaching his fifty, hitting Livingstone for two more sixes in the same over. The over gave away a total of 21 runs.

Iyer-Yadav kept scoring runs, with the latter being the aggressor and Iyer being the anchor. The duo formed a 100-run stand in just 54 balls.

At the end of 15 overs, with Suryakumar Yadav (93*) and Shreyas Iyer (28*). India needed 67 more in the final five overs. The game had swung into India’s favour.

Topley gave his side the key wicket of Iyer for 28 runs after he was caught behind by wicketkeeper Buttler. The 119-run stand between Iyer-Yadav had come to an end, with Topley getting his third wicket in the match. Dinesh Karthik was next up on the crease.

The equation was down to 61 runs of 24 balls. Yadav brought up his maiden T20I ton off just 48 balls, consisting of 12 fours and five sixes.

India’s bid to chase down 217 runs received a huge jolt after Karthik was trapped leg before wicket by Willey for 6, sinking India to 166/5.

All-rounder Ravindra Jadeja was next up on the crease. His brief stint at the crease ended at seven runs after being trapped lbw by Richard Gleeson.

Harshal Patel was next up on the crease. The equation was down to 42 in two overs. Yadav kept India in the hunt, smashing two fours and a six in the 19th over bowled by spinner Moeen Ali. Ali had the last laugh though, sending back Yadav for 117 off 54 balls after being caught by Salt at long-off.

India needed 21 runs in the final over. Men in Blue finished at 198/9 in 20 overs, with Avesh Khan (1*), they lost the match by 17 runs. Harshal Patel was bowled in the final ball of the match by Chris Jordan.

Reece Topley was the pick of English bowlers, taking 3/22. Jordan and Willey took two wickets each while Gleeson and Ali took one each.

Earlier, Half-century from Dawid Malan and a solid unbeaten knock from Liam Livingstone helped England reach a powerful 215/7 at the end of their innings in the third and final T20I against India here at Trent Bridge in Nottingham on Sunday.

It was a great day for the English batting lineup as they clicked for the first time in the series and posted an intimidating total. Knocks from Dawid Malan (77), Liam Livingstone (42) and Jason Roy (26) helped the cause of the hosts. Ravi Bishnoi and Harshal Patel were the best bowlers for India, getting two wickets each, while Avesh Khan and Umran Malik got one each.

Electing to bat first, opener Jos Buttler and Jason Roy put England to a solid start. The attacking duo feasted heavily on pacer Umran Malik, smashing him for 17 runs in his first over. The duo kept the scoreboard moving till pacer Avesh Khan clean bowled skipper Buttler for 18 off nine balls, handing England their first jolt at the score of 31 runs.

The next batter on the crease was Dawid Malan. The duo maintained solid running between the wickets and displayed some good strokeplay. At the end of the powerplay, England was at 52/1, with Roy (23*) and Malan (7*).

The budding 30-run stand between Malan-Roy was over in the eighth over of the game, with Malik sending back Roy after a 27 off 26 balls after the ball hit the top edge of his bat and straight went into the hands of wicketkeeper Rishabh Pant.

Phil Salt was next up on the crease, getting off the mark with a boundary on the very next ball. Malan-Salt could not go on for too long as Salt was clean bowled by an excellently executed slower yorker from pacer Harshal Patel. Salt was back in the hut for just 8 and England had lost their third wicket at 84 runs.

At the end of 10 overs, England stood at 86/3, with Malan (27*), joined by Liam Livingstone (1*). Malan continued to look really good with the bat, starting off 12th over bowled by Ravindra Jadeja with a four and a six. England crossed the 100-run mark with his four at the first ball. He soon brought up his 12th half-century in T20I format with a double in the next over. Malan continued hitting after his fifty, hitting Malik for a four and a six after reaching the landmark.

Livingstone- Malan brought up their 50-run stand in 25 balls, with Malan being the more aggressive and Livingstone contributing 13 runs to it. England reached the 150-run mark in the 15th over of the game.

Livingstone-Malan kept piling up runs to increase pressure on India. But the Men in Blue responded well by breaking the 84-run stand between two after the latter was dismissed after scoring an explosive 77 off 39 consisting of six fours and five sixes. He was looking to slog a Ravi Bishnoi delivery in the air but was caught by Pant.

Moeen Ali was next up on the crease, but was dismissed for a golden duck after Harshal Patel caught him at backward point. With two wickets in an over, things had turned in favour of India. Half of the England team was back in the hut for 169.

Harry Brook was next on the crease, smashing two fours on his first two balls. Livingstone also continued with his attacking gameplay from the other side. The duo’s quickfire 28-run stand was over in two overs after Brook was caught at deep-midwicket by Bishnoi while attempting to hit Harshal’s delivery big.

England reached the 200-run mark. England finished off their innings at 215/6 with Livingstone (42*) and Chris Jordan who was run out for 11 runs at the final ball. Ravi Bishnoi and Harshal Patel were the picks of the bowlers for India, taking 2/30 and 2/35 in their four-over spells. Avesh Khan and Umran Malik could manage a wicket each. 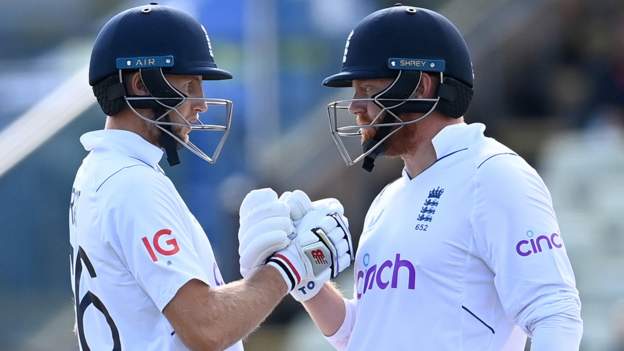