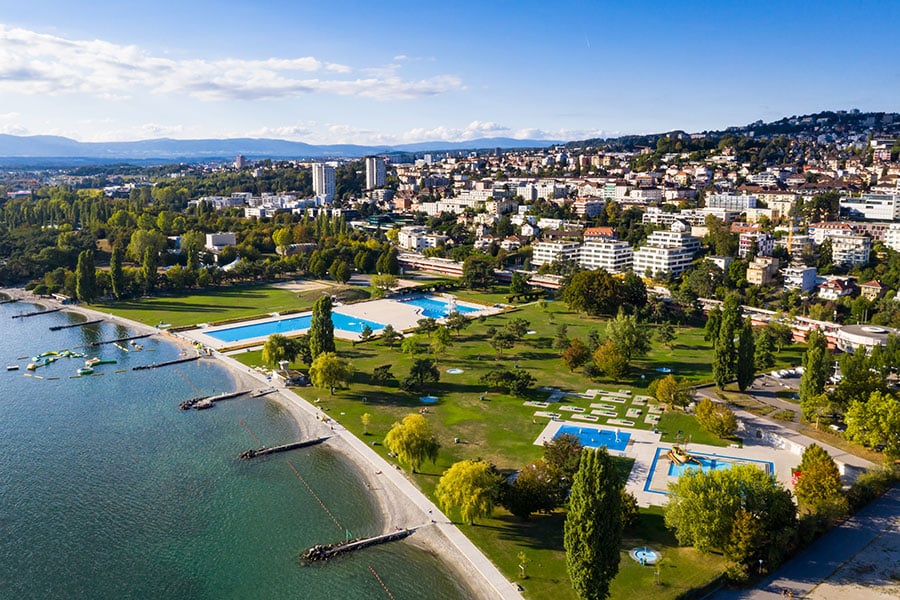 If you are wondering, whether Switzerland is a good place to work and live – it should be enough to say, that this country was ranked as the best place to live and work in the whole world. It had stolen the top position from Singapore, which had worn the crown for five years in a row.

A few facts about Switzerland

Switzerland is a country, which is located at the confluence of Southern, Central and Western Europe. What is interesting is the fact that legally, Switzerland doesn’t have a capital. While Bern is considered to be this city, there is no legal confirmation of this fact in current Swiss legislation.

There are four official languages: German, Italian and French. Currently, Switzerland has taken the first place in rankings as the best country to live: it has endured the hardest part of COVID pandemic without compromising the quality of life of its residents.

Why is Switzerland such a good place to live and work?

Switzerland can be described as a stable and prosperous country, which makes it an amazing place to live. With a high-tech economy, most of the people who live in Switzerland live in very good economic conditions. We should clearly indicate that while there is no public healthcare in the country, private health insurance is compulsory for all residents.

Most of the jobs in Switzerland, from the simplest ones up to specialist positions are well paid, which results in a high quality of life. According to the available data, a single person should be able to live for around 100 CHF/week, while a family of three or four needs a budget of around 300 CHF/week. Both values are quite easily achievable, even in a simpler work.

Do you need to know the official Swiss languages?

While it would be good to be able to communicate in one of the previously mentioned official languages, around 65% of all citizens of Switzerland are able to speak English, which makes it easier to communicate for foreigners.

The official currency of Switzerland is the Swiss Franc and is equivalent to approximately € 0.90 . The euro is quite accepted in many shops, but they give you the change in francs and they will make you a pretty bad conversion. The best thing to do before traveling to Switzerland is to apply for an N26 card . It is free , it has no maintenance cost and with it you can withdraw money at any ATM in the world , with no withdrawal cost on your part and with a much better conversion rate than any other traditional bank will do. They send the card free to your home, either to Spain, Switzerland or any other address you put within the European Union.

Switzerland is divided into 26 cantons and in each of them one language predominates, the vast majority German, many other French and only in Ticino, which has a population of 330,000, is Italian predominant. The fourth official language of Switzerland is Romansh. There is little talk and only in certain areas. Everyone who speaks this language is normally fluent in another language such as German or French. Zurich and Bern may be the best cities to look for work if you speak German , Geneva if you speak French and Ticino if you speak Italian .

Money you need to live in Switzerland

Whenever it is said about the wages in Switzerland, automatically there is the answer, but it is very expensive!

And yes, living in Switzerland is expensive , but with the salaries that there are compensates, it is not the same that everything is free as in Spain and you have € 10 a month to pay for everything but you have € 1,000 left over .

You have to say that to live in Switzerland , with the basics, sharing a flat, without going out to dinner and drinking beers, but with everything you need to live, you will need about € 1,500 per month .

If you charge 3,000 after taxes, which is the minimum that is charged, you have room to spend on leisure and save.

One of the safest places in the whole world

Switzerland is also known for its safety. According to the rankings, Swiss are not the most open for new relationships with foreigners, but there are no attacks whatsoever. If you are looking for a good job, fair pay and good living conditions – you might want to prepare your Swiss CV (or a resume in English, Italian or French).

As you can see, Switzerland is not only safe and beautiful, but also allows you to achieve a good quality of life for you and your beloved ones. It’s an amazing opportunity for those who want to start all over, without worrying about livelihoods and general quality of life.