Jarren Duran, back in the lineup for Boston after missing a three-game series at Toronto because he’s unvaccinated, drove the game’s first pitch from Adrian Sampson for a home run. Jackie Bradley Jr. made it 4-0 with a three-run double in the second.

Rich Hill breezed through the first four innings before exiting with a sprained left knee in a three-run fifth. He gave up three runs and three hits in 4 2/3 innings, walking four and striking out three.

The Cubs scored three more with two out in the sixth to go up 6-5. Morel smacked a two-run drive to left against Hansel Robles (1-3). Willson Contreras then walked and scored on a wild pitch, sending the Cubs to their fourth win in five games.

Brandon Hughes (1-0) got three outs and earned his first career win, and David Robertson worked the ninth for his 10th save in 13 chances.

Mark Canha hit a tying RBI single in the fourth that ended an 0-for-14 slide. Two batters later, Escobar snapped a 0-for-10 rut by hitting a 3-2 sinker from Glenn Otto (5-5) into the right field second deck for a 4-1 lead.

Escobar’s 417-foot drive gave the Mets their first win since beating the Marlins Saturday in Miami.

With wife Alex expecting the couple’s first child, Peterson allowed three runs and five hits, including solo homers to Marcus Semien and Nathaniel Lowe. Edwin Diaz anned two in a 1-2-3 ninth for his 17th save in 20 chances.

Otto made his second start since missing three weeks on the COVID-19 injured list and allowed four runs and four hits in four innings.

PHILADELPHIA (AP) — Darick Hall’s tiebreaking homer was his third straight shot since being called up, and Rhys Hoskins went deep to add an insurance run, leading Philadelphia past St. Louis.

Hall broke a 3-all tie in the sixth when he led off by driving a 79-mph changeup from Miles Mikolas (5-6) into the seats in right. All three of Hall’s hits have been home runs since his arriving from Triple-A Lehigh Valley on Wednesday. The 26-year-old Hall went deep twice in Philadelphia’s 14-4 victory over the Atlanta Braves on Thursday night.

Hoskins gave Philadelphia a two-run cushion in the seventh by homering in his third straight game, a solo shot to deep left-centre. Mickey Moniak added an RBI double for Philadelphia, which is 19-8 since interim manager Rob Thomson took over for the fired Joe Girardi last month.

Jose Alvarado (2-1) pitched two-thirds scoreless innings in relief for the victory, and Brad Hand tossed a scoreless ninth for his third save in four chances.

The Cardinals’ Nolan Arenado hit for the cycle for the second time in his career and 17th time in Cardinals’ history. He had an RBI triple in the first, a two-run homer in the third, doubled in the sixth and was credited with a single in the eighth after his hard-hit grounder caromed off third baseman Matt Vierling’s glove.

Dansby Swanson added a three-run homer in the seventh for the defending World Series champion Braves, who are 22-6 since the start of June to close within 3 1/2 games of the NL East-leading New York Mets.

Fried (8-2) allowed one run and five hits in seven innings with four strikeouts and no walks. After allowing Tommy Pham’s RBI single in the third, Fried retired 10 in a row.

Cincinnati has lost nine straight at Great American Ball Park and is an NL-worst 26-50.

Lourdes Gurriel Jr. went 3 for 3 with a solo home run and also walked. Cavan Biggio was 2 for 2 with two doubles and two walks, and also scored twice. Seven of Toronto’s 11 hits were for extra bases.

Berrios (6-4) gave up two runs and eight hits in five innings to earn his first victory since June 10 at Kansas City.

WASHINGTON (AP) — Brian Anderson homered, and Miami beat Washington for its ninth win in 10 games against the Nationals this season.

Keibert Ruiz homered for Washington, which fell to 6-25 against the NL East. Washington lost its 50th game by the earliest date since the 2009 Nats were 22-50 after games of June 26.

Trevor Rogers (4-6) allowed one run and two hits in five innings. Tanner Scott worked a perfect ninth for his eighth save in nine chances.

The Tigers scored in the ninth on Eric Haase’s sacrifice fly. Royals closer Scott Barlow earned his 11th save.

Michael Pineda (1-3) threw 65 pitches in his return from the injured list, giving up three runs and seven hits in five innings. He struck out three without a walk.

Willy Adames hit a grand slam as the Brewers connected five times. They also had five doubles among their 16 hits, scoring seven runs in the second inning and eight runs in the eighth.

The NL Central-leading Brewers won for the fifth time in six games and are 7-1 against the Pirates this season. The Pirates have lost six of eight.

Rookie Roansy Contreras (2-2) took the loss, allowing seven runs in 1 2/3 innings. He gave up five hits, walked two and struck out one.

Burnes (7-4) allowed only one run on one hit. He walked four, hit a batter and threw a wild pitch while striking out five.

The Pirates finished with three hits and scored their runs on a wild pitch and a grounder.

Peralta added an RBI double and Thomas a run-scoring triple for the Diamondbacks.

Antonio Senzatela (3-5) gave up three runs and four hits in two innings as television cameras showed him trying to stretch out his shoulder when in the dugout. Ty Blach replaced him to start the third.

German Marquez exited in the fourth inning of Wednesday’s loss to the Los Angeles Dodgers with a cut thumb.

Ryan McMahon’s solo homer in the seventh was the only earned run allowed by Merrill Kelly (7-5), who gave up five hits, struck out three and walked one.

Colorado’s Charlie Blackmon hit his 13th homer in the eighth on his 36th birthday.

HOUSTON (AP) — Cristian Javier struck out a career-best 14 while allowing just one hit in seven innings to lead Houston past Los Angeles.

The 25-year-old Javier (6-3) was brilliant in his first start since striking out 13 in seven innings of a combined no-hitter against the Yankees on Saturday. Shohei Ohtani was the only Angels baserunner Javier permitted, hitting a homer with two outs in the first.

A pair of relievers completed the combined two-hitter, and Houston pitchers struck out a total of 16.

Yuli Gurriel, Jake Meyers and Chas McCormick homered for the Astros as they jumped on Angels starter Michael Lorenzen (6-6) for eight runs in just three innings and cruised to their fourth straight victory.

MINNEAPOLIS (AP) — Byron Buxton his second game-ending home run of the season, a two-run drive off Jorge Lopez in the ninth inning that lifted Minnesota over Baltimore.

Luis Arraez singled off Jorge Lopez (3-4) to begin the ninth. Buxton ended the game four pitches later, pulling an outside slider into the left-field seats for his 21st home run. Buxton hit a three-run, 10th-inning homer off Liam Hendriks of the Chicago White Sox in a 6-4 win on April 24.

Juan Minaya (1-0) retired Austin Hays on an inning-ending foul pop to strand a runner at third base in the eighth.

Minnesota opened a 1 1/2-game lead in the AL Central over second-place Cleveland, which was rained out against the New York Yankees.

Max Muncy and Cody Bellinger hit home runs as the Dodgers won their third consecutive game and improved to 2-0 on a season-long 11-game homestand. Los Angeles has won four of five against San Diego this year and lead them by 3 1/2 games atop the NL West.

Gonsolin (10-0) lowered his major league-leading ERA to 1.54. He gave up one run on four hits over 7 2/3 innings, with no walks and eight strikeouts.

Trent Grisham hit a home run for the Padres, who have lost five of their last six.

Murphy had a two-out RBI single in the fifth inning off Seattle starter Marco Gonzales that scored Tony Kemp to give the A’s a 1-0 lead. He came through two innings later with an opposite field homer off reliever Penn Murfee to extend Oakland’s lead to 3-1. Murphy had a third two-out hit, a double in the ninth inning.

Oakland starter James Kaprielian earned his first victory of the season, allowing one run and three hits in six strong innings. Lou Trivino pitched the ninth for his fifth save.

Seattle’s lone run off Kaprielian (1-5) came in the sixth inning when Julio Rodriguez missed a home run by about a foot and settled for a stand-up triple. Rodriguez scored on Jesse Winker’s infield ground out.

Gonzales (4-9) was knocked around for eight hits and limited Oakland to two runs. He has lost three of his last four starts.

SAN FRANCISCO (AP) — Leury Garcia broke up a scoreless game on an RBI single with two outs in the top of the ninth, and Chicago edged San Francisco for its third win in nine games.

Gavin Sheets started the rally when he reached on a one-out fielding error by pitcher Camilo Doval (2-4). AJ Pollock singled with two outs before Garcia’s deciding line drive to right.

Tanner Banks (1-0) pitched the eighth for the win as Chicago faced San Francisco for the first time since 2017. Kendall Graveman finished for his fourth save. 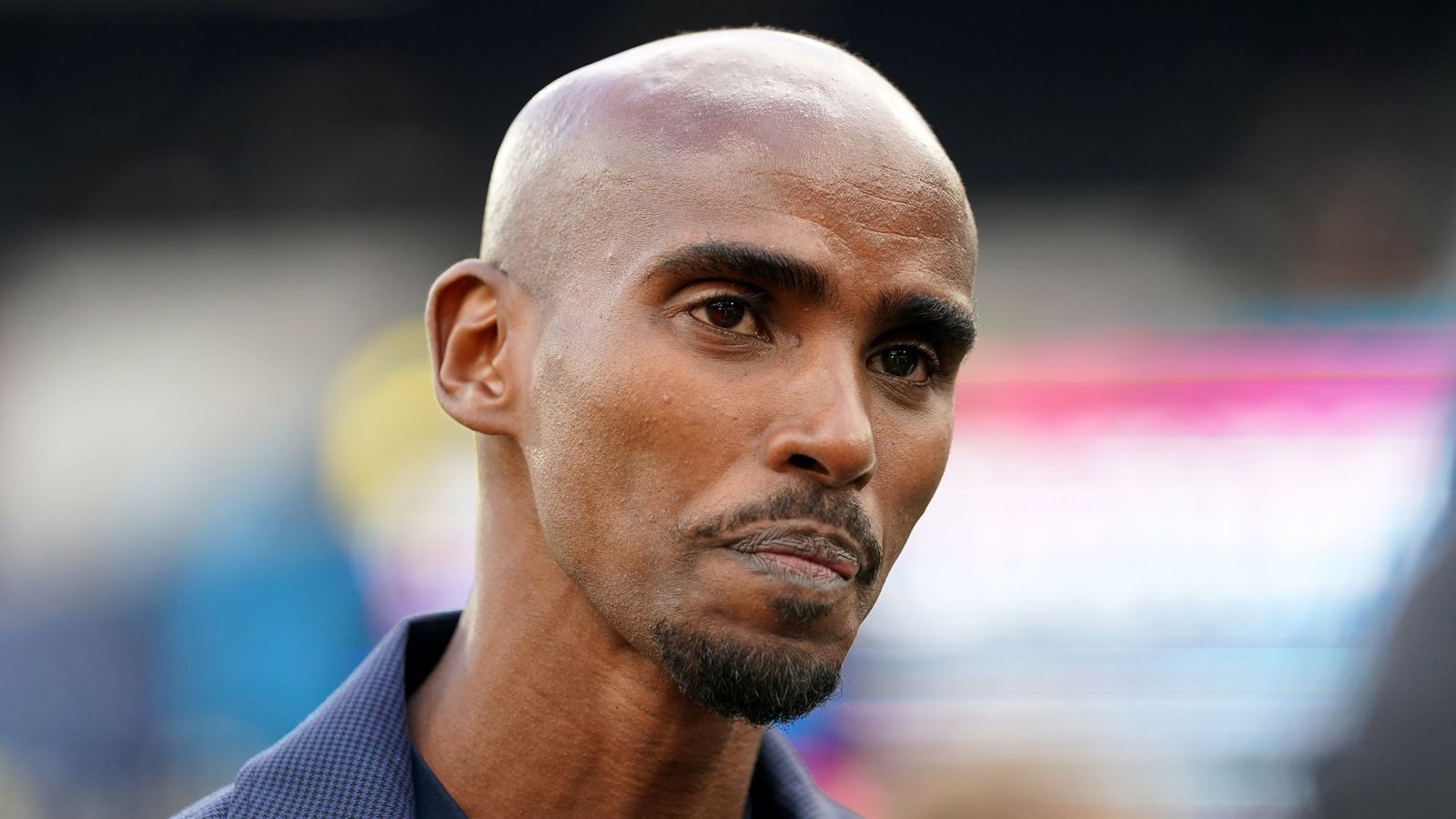