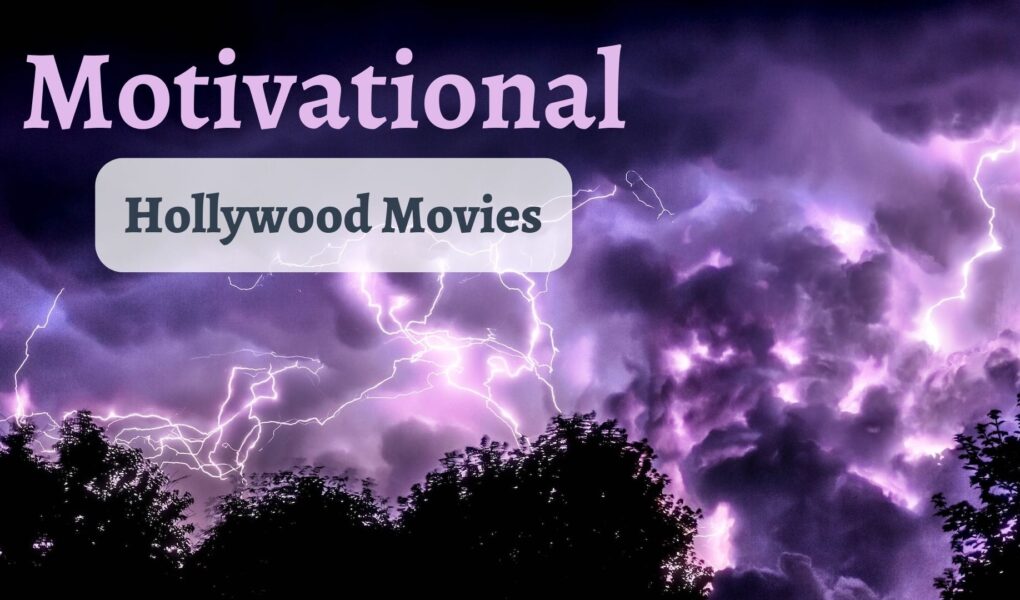 Without a doubt, one of the most motivational Hollywood movies is “Rocky.” The story of an underdog boxer who gets a chance to fight for the heavyweight championship of the world is a timeless tale of determination and perseverance. No matter how many times Rocky is knocked down, he always gets back up and keeps fighting. This never-give-up attitude is inspiring to everyone who watches the movie.

There are times when we all need a little inspiration and motivation. Fortunately, there are plenty of great films out there that can provide that little boost.

This classic underdog story is the perfect film to watch when you need a little motivation. Rocky Balboa is a small-time boxer who gets a once-in-a-lifetime opportunity to fight the heavyweight champion of the world. He doesn’t back down from the challenge, and despite being massively outmatched, he gives the champion a run for his money. Rocky is a film about never giving up, even when the odds are against you.

This true story follows the life of Chris Gardner, a single father who is struggling to make ends meet. He takes on an intern position at a prestigious stock brokerage firm, but the unpaid position means he and his young son are constantly homeless. Despite the challenges, Chris never gives up on his dream of making a better life for himself and his son. The Pursuit of Happyness is an inspiring story of hope and determination.

Miracle is the true story of the 1980 U.S. Olympic hockey team. The team was made up of a group of young, inexperienced players who were not expected to win a medal, let alone the gold. But they came together and shocked the world, winning the gold medal in a thrilling upset over the heavily favored Soviet team. Miracle is a great film for anyone who needs a reminder that anything is possible.

The Blind Side is another true story, this one about Leigh Anne Tuohy, a wealthy woman who takes in a homeless teen named Michael Oher. Michael has a rough upbringing and little opportunity in life, but Leigh Anne sees his potential and helps him develop into a successful student and football player. The Blind Side is a heartwarming story about the power of second chances.

Rudy is the story of Daniel “Rudy” Ruettiger, a small, undersized kid with a big dream: to play football for Notre Dame. Despite the odds being against him, Rudy refuses to give up on his dream and eventually earns a spot on the Notre Dame team. Rudy is an underdog story that will leave you feeling motivated and inspired.

This classic film is set in a maximum security prison and follows the story of Andy Dufresne, a man who is wrongfully convicted of murder. While in prison, Andy befriends a man named Red and eventually earns the respect of the prison guards. The Shawshank Redemption is a film about hope, friendship, and never giving up, even in the darkest of circumstances.

Forrest Gump is a film about an innocent man who is thrust into a series of historical events. Despite having a limited intellect, Forrest never gives up and goes on to have a remarkable life. Forrest Gump is an inspiring story about having faith in yourself, no matter what the world might say.

Hoosiers is a classic feel-good sports film about a small-town high school basketball team that, against all odds, goes on to win the state championship. The film is set in the 1950s and stars Gene Hackman as the team’s coach. Hoosiers is a great film for anyone who loves sports or needs a reminder that hard work and dedication can lead to success.

The Karate Kid is the story of a young boy named Daniel who moves to a new town and is bullied by a group of karate students. He is saved by Mr. Miyagi, an elderly man who agrees  to teach Daniel karate. The Karate Kid is a classic film about never giving up, even when the odds seem insurmountable.

This modern classic is the second installment in Christopher Nolan’s Batman trilogy. The Dark Knight is set in a Gotham City that is being terrorized by a new villain named the Joker. Batman must rise to the occasion and defeat the Joker, no matter the cost. The Dark Knight is an intense and action-packed film that will leave you feeling motivated and inspired.

Les Misérables is a film adaptation of the classic Broadway musical of the same name. The film is set in early 19th century France and follows the story of Jean Valjean, a man who is imprisoned for stealing a loaf of bread. He is eventually released from prison and starts a new life, but he is constantly pursued by a police inspector named Javert. Les Misérables is a film about hope, courage, and never giving up, even in the face of adversity.

Braveheart is a historical epic about the Scottish warrior William Wallace. Wallace leads a rebellion against the English monarchy and brings hope to his countrymen. Braveheart is a film about freedom, courage, and fighting for what you believe in.

The Imitation Game is the true story of Alan Turing, a brilliant mathematician who is recruited to crack the German Enigma Code during World War II. Turing and his team of code-breakers are able to shorten the war and save millions of lives. The Imitation Game is an inspiring story about the power of intelligence and determination.

Steve Jobs is the story of the co-founder of Apple, one of the most successful companies in history. The film chronicles Jobs’ life, from his early days as a visionary entrepreneur to his later years as a controversial CEO. Steve Jobs is a fascinating look at the mind of a business genius and the impact he had on the world.

These are just a few of the great motivational hollywood movies out there. So next time you need a little inspiration, be sure to check out one of these classics.

There are countless inspiring and motivational films out there, but some rise above the rest. 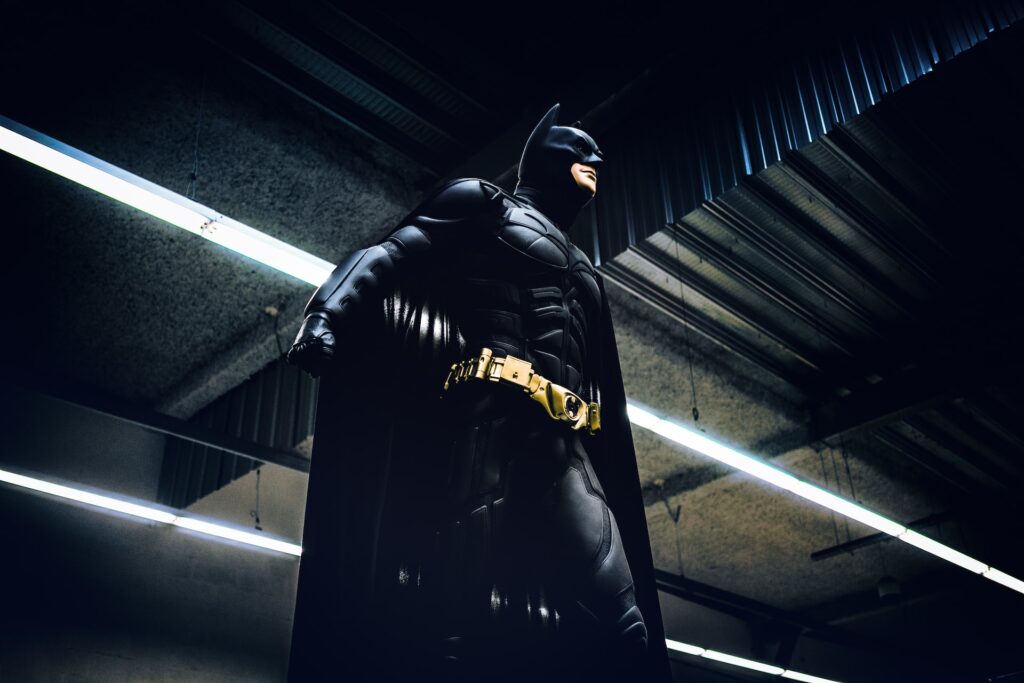 This film follows the true story of Joe Clark, a no-nonsense principal who turns a failing inner-city school around by any means necessary. It’s an inspirational story of hope and perseverance in the face of adversity.

This film is based on the true story of a high school football team in Virginia that is forced to integrate in the early 1970s. Despite the tensions between the black and white students, they come together to form a winning team. It’s a film about teamwork, overcoming racism, and doing what’s right.

This film follows the true story of Jaime Escalante, a teacher who toughs it out in a tough inner-city school and teaches his students to love and excel in math. It’s an inspirational story of a teacher going above and beyond for his students.

This film is based on the true story of Michael Oher, a homeless and traumatized boy who is taken in by a wealthy family and goes on to become a successful football player. It’s a feel-good story about the power of love and family.

This film is based on the true story of Chris Gardner, a man who overcomes incredible odds to become a successful stockbroker. It’s an inspirational story of hard work and determination paying off.

This film follows the story of Mark Thackeray, a new teacher in an inner-city school. He has a tough time at first, but ultimately gains the respect of his students. It’s a film about the importance of respect and getting second chances.

This film is based on the true story of the 1970 Marshall University football team, which was devastated by a plane crash. The team is able to overcome their grief and come together to win their next season. It’s an inspiring story of resilience in the face of tragedy.

This film is based on the true story of the Wiley College debate team, which became the first all-black team to compete in the national championships. It’s an inspirational story of how intelligence and hard work can overcome any obstacle.

This film is set in the early 1960s in Jackson, Mississippi, and follows the story of a group of black maids who are treated unfairly by their white employers. They band together to write a tell-all book about their experiences, which ultimately changes the town for the better. It’s a film about strength in numbers and standing up for what’s right.

This film is based on the true story of a group of African-American women who work at NASA during the Space Race. They are vital to the success of the Apollo program, but their contributions are largely unrecognized. It’s a film about the power of brains and determination, and the importance of fighting for what’s right. 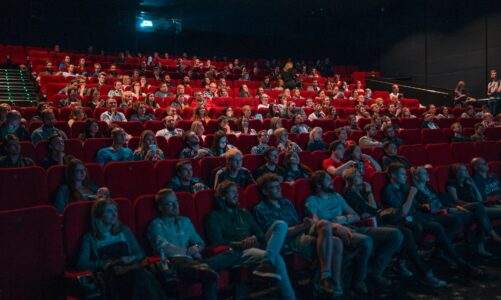 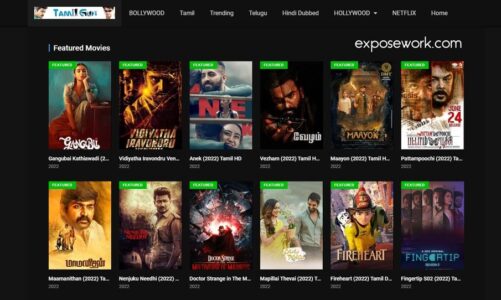 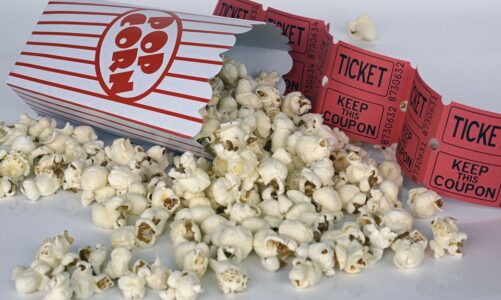