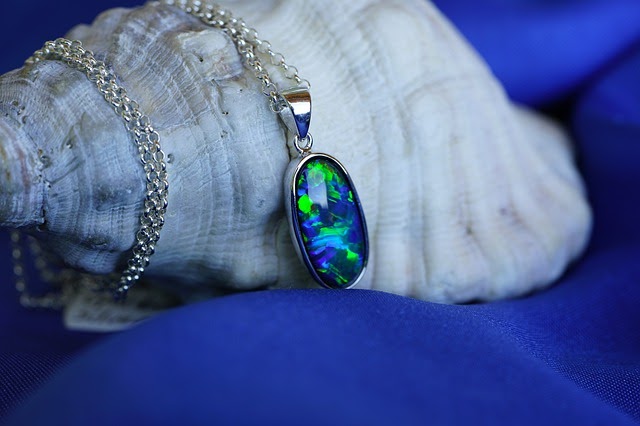 While the Bedouins believed that opals fell from the sky during thunderstorms and carried lightning, the Greeks thought opals protected from disease.

Good luck and Royalty are the two symbols of Opal that remove negativity and superstitions from the mind. The beauty and uniqueness of the rare opals Australia have made them increasingly popular across several places.

In ancient times, the reflection of the Opal signified the change in mood with a sparkling and flashing gleam that seemed to be emitted by the gem itself. During the 20th century, it was the October birthstone, and irrespective of the earlier superstitions, the Opal was immensely used those days since it was believed to cure various ailments and align the body’s chakras.

Many considered Opal to be beneficial to the eye and wore it to cure eye diseases.

Some even believed it could render the carrier invisible. Supposedly, carrying an opal wrapped in a fresh bay leaf would keep others from seeing you.

The inner fire is known to attract wealth and wisdom, while it is also believed that the working of the stone in depth has magical powers and releases several energies in the right hands.

No one story or myth can suffice the beauty opal is, and for this reason, opals are what you decide them to be like.

One of the stories suggests a rainbow-coloured kingfisher who travels a great distance to find her ideal nesting grounds. She creates a water source and lays her magical eggs made of Opal. It’s a belief, and the story might have changed figures and narratives, but they sure tell the people’s beliefs regarding the stone.

Australia is indeed the country for these magical crystal stones. Lightning Ridge, a small town in New South Wales, Australia, is famed for producing prized black Opal. White Opal can be found in southern Australia, whereas the beautiful and unique boulder opal comes from Queensland alone.

Australia is the country for Opal, and despite that, genuine Australian opals are rare to find since they can be made artificially with almost striking features.

They are loved for their ever-changing rainbow hues, a phenomenon known as “play-of-colour”, and are found in a wide range of colours, including white, yellow, orange, brownish-red and brown.

To write about Opal is to write a thesis about its articulate beauty; it displays at once the piercing fire of the ruby, the purple brilliancy of amethyst, and the sea-green of the emerald, which is one of the most complicated descriptions of any precious stone.

Opal reflects the light that falls upon it; light plays off the various grids and water naturally contained within the gem. The glint of blue, green, or red is the light hitting the Opal, going inside the Opal, and hitting the refraction grid.

When you buy Opal stones in Australia, you must clean them with warm water and mild soap. Opals are softer than diamonds or sapphires; for example, it’s best to store them in a bag or case by themselves to avoid scratches.