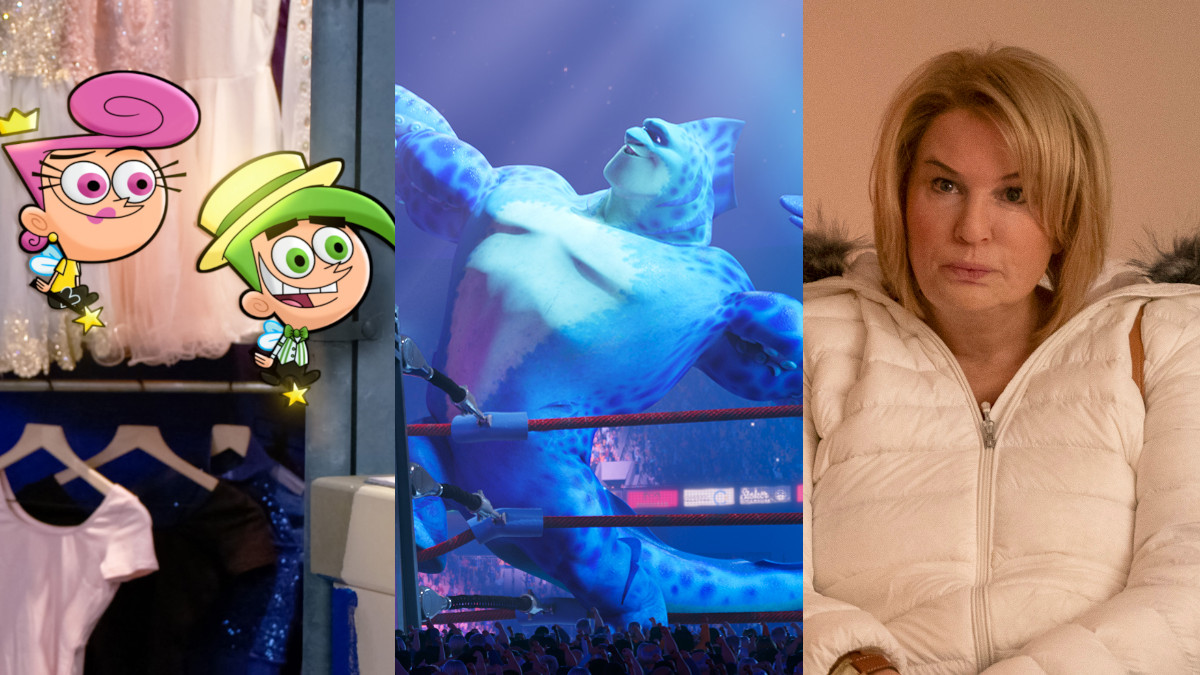 
After launching in the UK at the end of June, Paramount+ UK is dropping a selection of new movies and TV for the month of July. Two beloved cartoons head to the service in slightly new guises, with a CGI-animated prequel to SpongeBob Squarepants arriving alongside a new live-action/animation hybrid take on The Fairly Odd Parents.

Read more: What Paramount’s The Offer tells us about franchise storytelling

It’s an animated offering leading the movie side of things, with the long-delayed supernatural wrestling tale Rumble finally arriving for UK audiences. Meanwhile, the first three Mission: Impossible films have been added to the platform, as well as the most recent outing for the Ghostface killer in Scream.

Here’s everything heading to Paramount+ UK in July…

Paramount collaborated with WWE Studios for this intriguing animated tale, set in a world in which humans and monsters live alongside each other — with the giant beasties competing in high-profile wrestling tournaments. Comedy star Geraldine Viswanathan voices an aspiring wrestling trainer who takes Will Arnett’s reptilian monster under her wing in an attempt to train him for battle at the highest level. WWE champions Roman Reigns and Becky Lynch are also among the voice cast.

In 1997, baby Zephany was stolen from her parents — Celeste and Morne — at a hospital in Cape Town, sparking media appeals and a desperate search. The trail went cold until 2015, when the couple’s other daughter enrolled at a new school and discovered an older pupil who looked a lot like she could be the teenage Zephany. This documentary follows the ways in which this revelation rocked the various families involved as secrets were revealed and consequences played out.

The Nice Guys star Angourie Rice plays the titular student, desperate to make her way to Harvard, in this coming-of-age comedy. In order to secure a coveted scholarship, she hatches a plan to take her competitors out of the running, only to find herself falling for one of them — played by Stranger Things actor Gaten Matarazzo. The cast also includes Superbad star Christopher Mintz-Plasse.

The Fairly Odd Parents: Fairly Odder (all episodes from 4 July)

Over the course of nearly 200 animated episodes, Timmy Turner and his fairy godparents Cosmo and Wanda delivered plenty of slapstick and reality-bending chaos for well over a decade on TV screens. Timmy, in live-action form, has now bequeathed his wish-granting friends to his cousin — 13-year-old Viv — for this series. Viv and her younger stepbrother Roy get joint custody of Cosmo and Wanda, taking it in turns to make wishes — presumably with disastrous and chaotic consequences.

The Challenge: All Stars (all episodes from 6 July)

TJ Lavin returns to host the revival of the MTV reality competition show, this time featuring contestants who have previously made their way to the final. Expect plenty of physically demanding tasks, as well as the unique dynamics between competitors.

Kamp Koral: SpongeBob’s Under Years (all episodes from 11 July)

The first ever spin-off series from animation juggernaut SpongeBob SquarePants takes viewers back to the childhood years of SpongeBob and his starfish buddy Patrick. In keeping with some of the recent SpongeBob movies, Kamp Koral eschews the standard 2D animation style for a 3D approach as it tells the story of the young characters at a summer camp. Squidward is back as well, with a pair of narwhals among the new characters.

This three-part documentary series tells the untold stories behind the famous high street fashion brand and its fall from grace in some respects, including the damning links between its CEO and the sex offender Jeffrey Epstein.

iCarly S2 (all episodes from 18 July)

Miranda Cosgrove is back as the original influencer in this series, which explores what the character is doing in her twenties, navigating a social media-obsessed modern world as well as the travails of young adulthood. This season sees Carly renewing focus on her online channel, as well as re-orientating herself around friends and family.

I Love That For You (weekly from 21 July)

This comedy series, inspired by true events, follows Vanessa Bayer in the role of a woman who survived leukaemia as a child and pursues her dream of landing a hosting gig on a shopping channel. She befriends Molly Shannon’s character — the star of the shopping network — as she moves closer to what she has always wanted.

The Thing About Pam (all episodes from 21 July)

Pam Hupp is one of the most notorious figures in recent American history, so it was only a matter of time before she appeared at the centre of a true crime series. Renée Zellweger delivers a transformative performance as Hupp in this series from showrunner Jenny Klein. Over six episodes, the show explores the murder of Betsy Faria in 2011 and her husband’s subsequent conviction, followed by the chain of events that led him to be exonerated and revealed Hupp’s nefarious plot.

Big Nate (all episodes from 25 July)

This Nickelodeon-produced series follows a prank-obsessed sixth grade kid who enjoys escaping into flights of fantasy driven by the cartoons he draws. He’s a constant attendee in his school’s detention, which provides him with plenty of time to doodle and express himself in drawing form. Jack Black is among the guest voice actors in this series.

Other movies and TV to watch on Paramount+ UK in July

Watch: Trailer for the 2022 Scream sequel