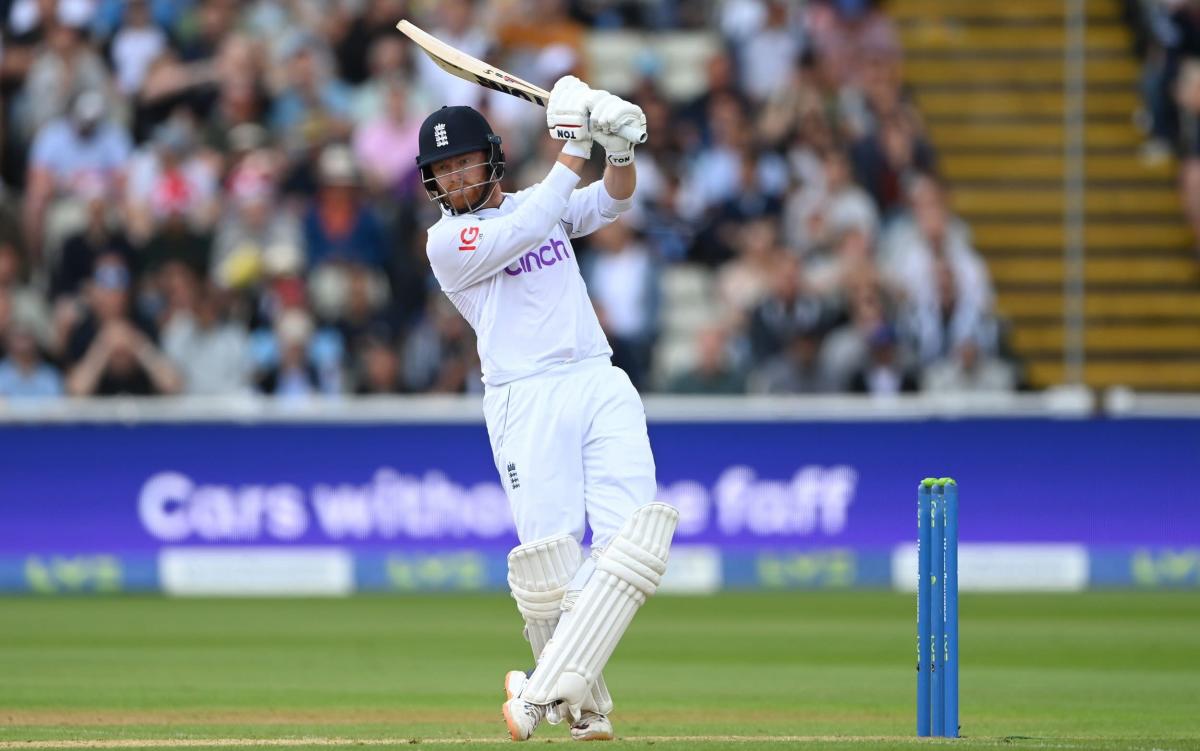 The ball just holds in the pitch from Thakur and Bairstow chips it just short of Pujara at mid wicket. That was close.

Bairstow has changed his bat… the first was working rather well. Thakur delivers the third no-ball of his spell before Bairstow whips the ball away for a one bounce four. His timing is ridiculous at the moment.

Oh my word. Bairstow has just hit a length delivery 15 rows back over mid wicket. Nothing wrong with that ball. Turns out the new bat is quite good too.

Thakur appeals for lbw but the ball is going well down leg.

Siraj continues, into his eighth over of the innings. Bairstow tries to pull him off the front foot but misses it completely. Too high for lbw, however.

Bairstow repeats the shot from a genuine short ball, this time sending into the stands! Six to the total. A leg bye means Bairstow will keep the strike.

Thakur goes short to Bairstow and he skilfully lofts the ball over the slips and away for four. Amazing shot. Bairstow then punches the ball off the back foot for back-to-back boundaries. He drops and runs to get off strike. Good running from this pair so far, puting Indian fielders under pressure.

The ball is being changed after it fails to fit through those pesky metal hoops. The last ball of the over beats Billings all ends up.

Bairstow whips Siraj over mid-wicket for four. He then takes on a short ball but it the ball lands safely after flying off the top edge.

Siraj draws a play and miss from Billings, the ball just nipping away from him. Billings gets off strike from the next ball with a dab into the gully region. Bairstow takes on another pull shot, picking up a couple.

Thakur over-steps. His second no-ball in two overs. He digs in a surprise short ball that Billings sways out of the way of. No runs off the bat from that over.

Here is the Stokes dismissal – some catch!

Siraj continues at the other end. Bairstow pushes him into the offside for a quick single. Siraj is bowling briskly, but he strays too straight and Billings flicks him away for one out to the boundary rider.

Bairstow lofts a drive over mid-off’s head for four! Looks so easy for him at the moment.

Billings is at the crease. It is a big opportunity for him to prove he can be part of the new regime and apply some pressure to the injured Ben Foakes. He starts wonderfully, clipping Thakur through the leg side for four from his first ball. Crisp timing. 150 up!

Wow! Stokes comes down the track again but this time Bumrah leaps to his left to take a stunning catch! Stokes nailed it again and the India captain takes a much harder catch than the one he dropped a ball before.

Morning all. Thakur is into the attack for the first time in the innings. Stokes comes down the track from the third ball of the over, nailing the ball straight at Bumrah who shells a tough catch. Will that be costly?

Siraj digs the ball in, Stokes obviously going to take it on. Crunchy pull for three. England going along at a fair old clip once again. Bairstow gets a couple of singles and moves to 50, his 24th half-century in Tests. England have had an excellent 55 minutes or so, taking the fight to India. 48 off the last five overs!

Jake Goodwill will take the blog for a bit while I watch and write about Andrew Flintoff’s new show about getting kids into cricket. I’m quite enjoying it so far. See you in a bit.

Oooh, luckless Mohammed Shami. He should have had a wicket. Stokes comes down the track and slogs, poor shot, head in the wrong place. Thakur steadies himself under the steepler. And he has dropped it! Not good at this level. not good at all. The Edgbaston crowd rightly give him pelters. Shocker.

Bairstow rubs it in  by flicking the ball to leg for four, then slots another down the ground.

Delay in this over as Shami needs to change his boot, which has split.

Mohammed Siraj comes on for a bowl. Bairstow crunches a couple of fours. England said they would come hard at India and they are being true to their word.

Excellent morning of cricket so far. Two in-form attacking batsmen, two quality seamers, bit of needle. Stokes cuts Shami for four, and Bairstow hits another boundary through mid off. Shami nearly has the last laught when he beats Stokes last ball of the over with a ball outside off.

Bairstow and Kohli have made up at the end of the over and seem pally enough again.

Bumrah continues, Bairstow lofts the ball over the mid off region for an attractive four. Some good running in this over and England take ten off it.

Shami has a silly mid on in, and is going to bowl straight at Bairstow. Angles the ball in and is very close to bowling him through the gate. India like that – and Kohli has said something to Bairstow. Bairstow says something back to Virat, and the umpires have to step in! Outswinger next ball, Bairstow with a swing and a miss – and Virat is at it again. Bairstow looks angry. Will that compromise his judgement? Slices a three over gully. If I was Stokes, I’d try to take the strike for a bit. YJB is on tilt.

Stokes inside edges Bumrah and is struck in the unmentionables. Now an absolute peach of a delivery to YJB, seaming away and beating him.

Stokes comes down the track and wallops Shami down the ground. Shami now beats Bairstow with a super delivery. Shaping up to be an entertaining morning…

Stokes comes down the pitch to Bumrah and is beaten. Nice shot shortly after when Jasprit over-pitches and Stokes drives solidly.

Bairstow has a bit of a woolly woof at a wide outswinger and is lucky to miss. Decent bit of keeping from Pant there, who is struggling with the wobble. But having said that, he drops the next one and has hurt his fingers. Three slips and a gully. A maiden, but partly because some of it was too wide to hit.

Good conditions, should be a decent day for a bat.

One England man who didn’t do it yesterday

was Zak Crawley. Here is MP Vaughan on that.

Here’s how it all went down yesterday

Nick Hoult with the report: England top order blown away by brilliant Bumrah to put India in control of Edgbaston Test

Bit of fun on Sky Sports as the mob Mark Butcher for his interview with Jasprit yesterday when he put it to Bumrah about whether he could captain and be a fast bowler.

Another great escape for England?

England begin day three of the Test match on 84-5 at Edgbaston, 332 runs behind India’s 416. A year or two ago, you’d have said this was a hopeless position but the last three Tests against New Zealand have given England genuine confidence that they can turn this around.

James Anderson said yesterday that “I’ve got a fair feeling our best line of defence will be attack. Our batters are naturally aggressive. We want to score and move the game forward.”

That’s certainly been the case in the Ben Stokes and Brendon McCullum era so far, but it is an approach that has risk baked in and there are going to be days when England come a cropper with their new attack, attack, attack philosophy. Whether this is one such day remains to be seen, and England’s fate in this game at least probably rests in the hands of the two men at the crease, Stokes himself and Jonny Bairstow. Bairstow seems to be loving his cricket at the moment and if he and the skipper can get going again, they could knock off some or all of that deficit in a warm order.

We will resume play at 1030 this morning. Anderson told the BBC: “We’ve got to try to work our way back in and put some pressure back on them. We’re up against it, but we’ve been in this position before this summer.”

They certainly have, and if they can somehow get out of this latest pickle then it could go down as one of England’s great escapes.

What a summer of cricket this is turning out to be. But in their way stands the formidable Indian bowling attack, the superb Jasprit Bumrah is already in the wickets and if England think they can take any liberties with his bowling, they are in for a shock.

Weather looks decent at the ground right now, so let’s get to it. 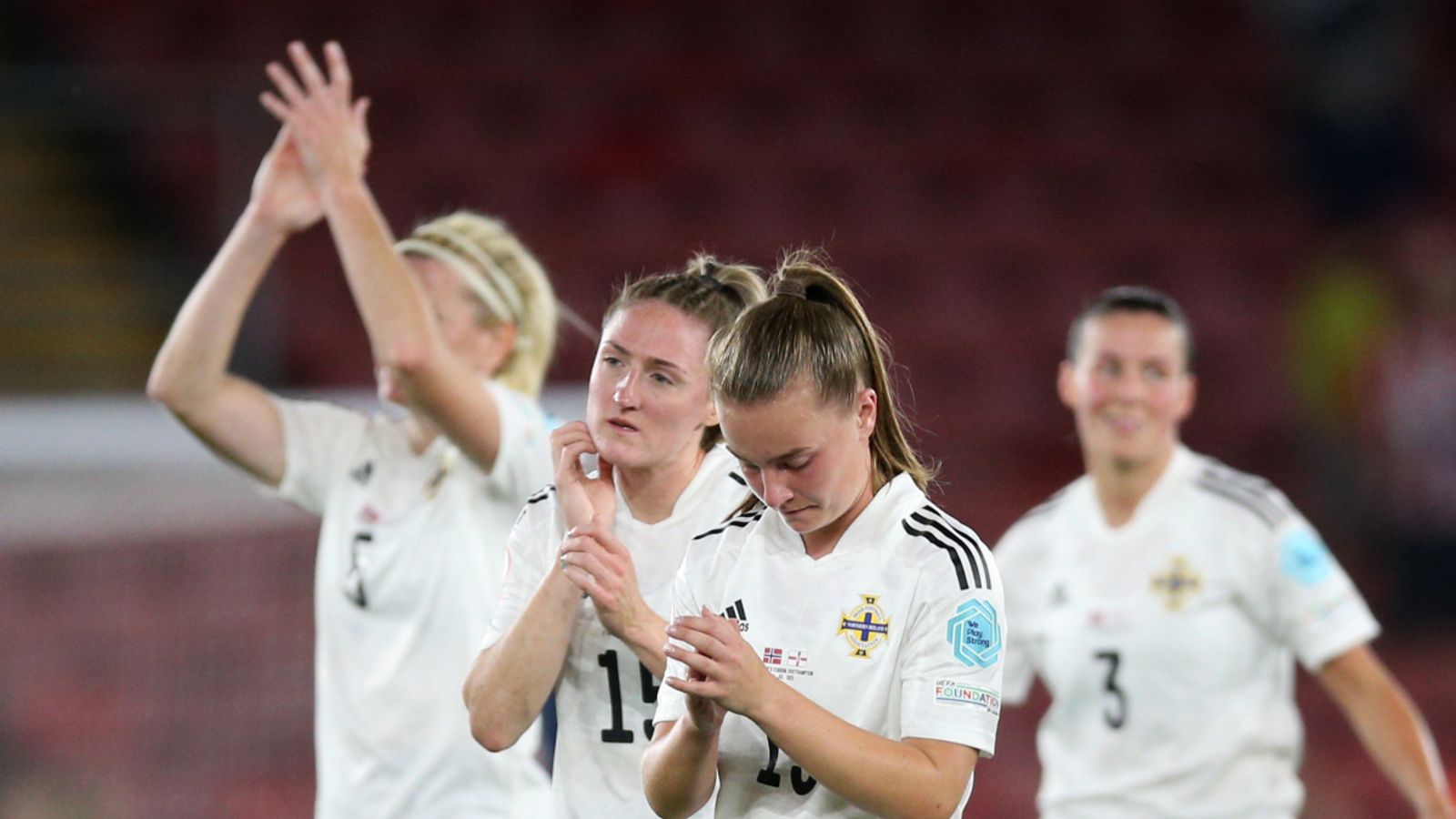 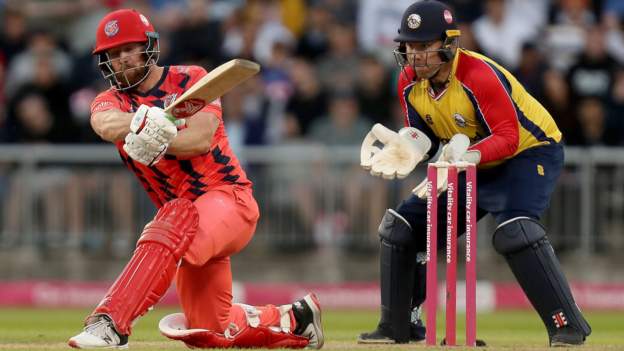