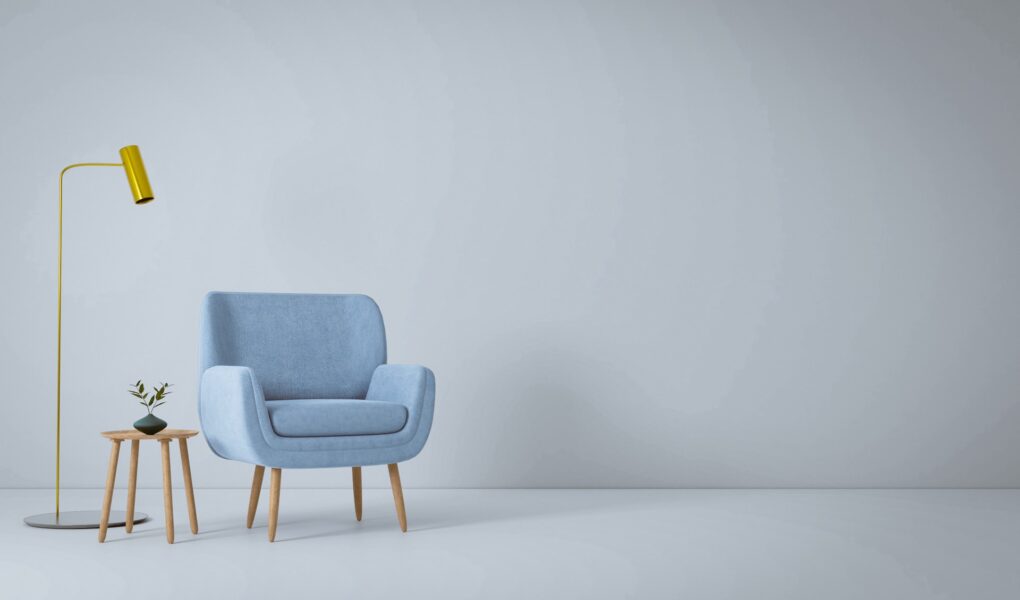 Not so long ago, female designers struggled to be taken seriously. For example, Charlotte Perriand – a now world-famous designer – was actually turned away from a design job, with the response being, “we don’t embroider cushions here.” Often, these designers worked in the shadows of their male counterparts, who were unfairly awarded most of the credit.

Eileen Gray and the Bibendum chair, 1921

Eileen Gray was born in 1878, in a small Irish town. She first started her career in fine arts, and later ventured into furniture and interior design. Arguably one of her most iconic designs – and one of the most famous pieces of all time – was the Bibendum chair.

The chair was named after Bibendum, a French character designed to sell Michelin tires. It consisted of two padded tubes, covered in soft, black leather. Using a soft material for the chair was incredibly important to Gray, as she wanted the chair to feel comforting and relaxing to be in.

Each tube was in the shape of a semicircle, with one placed above the other. These two semicircles created the armrests as well as the backrest. The frame was created using chromium-plated tubular steel, which was still a relatively experimental material at the time. The entire piece was 84cm wide and 74cm tall.

Charlotte Perriand is one of the most influential designers of all time, notably known for her sensitivity to everyday life, as well as her minimalistic designs which embodied a rustic kind of nature. She attended furniture design school at the early age of 17, where she studied for 5 years.

In the year 1928, she conceptualised the LC4 chair, otherwise known as the “relaxing machine.” Although she had help with the overall design, she was the driving force behind it. The shape of the chair was inspired by the natural curves of the human body, which was showcased when Perriand posed on it for publicity in 1929.

The chair was created using tubular steel for its frame, with a black enamel base. The inner mattress, cushioning and headrest was upholstered using top-quality black leather. The chair was created in a way which made relaxing in both an upwards or entirely reclined position possible – as well as every position in between.

Ray Eames and the Lounge Chair and Ottoman, 1956

“Anything I can do, Ray can do better,” is a line famously quoted from Ray Eames’ loving husband and design partner, Charles Eames. The couple are famously known for their affordable furniture, created on a mass scale. The Lounge Chair and Ottoman set was – on the other hand – the exception.

This set was designed to be luxurious, embodying the very essence of comfort and leisure itself. At the time, curved or bent plywood used to create furniture was completely unheard of, and yet, the couple experimented with it and managed to create one of the most iconic designs of all time.

The chair’s base was designed to be made up of three pieces of veneer plywood, cut from a single sheet, which were then hot-pressed into their curved form using a metal die. After the plywood shells were sanded, they were waxed and connected to one another to form the chair and ottoman’s frames.

The cushioning of the chair seat, armrests and the ottoman were upholstered in fine, black leather. The legs were created using die cast aluminium or powder coated stainless steel. Today, this lounge chair set is still in production due to its everlasting popularity, collectability and timeless design qualities.