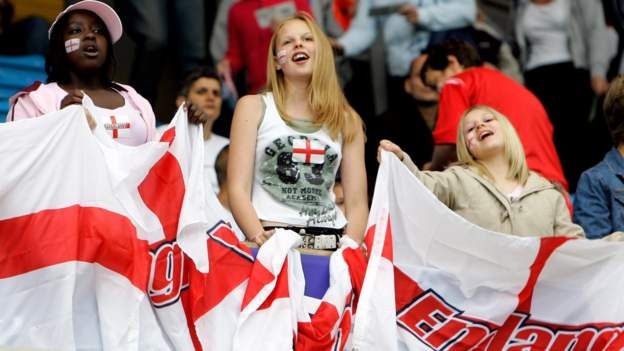 “You can smell the football in the air,” Peter Bonde, the then Denmark boss, said before the start of Euro 2005 – the last time England hosted the Women’s European Championship.

Seventeen years ago the competition was a much smaller and less glitzy affair than the tournament about to unfold across the country this month.

Back then, all 15 games were played at venues in north-west England – including four at the new home of rugby league side Warrington Wolves.

That was because there was not enough interest from football clubs in hosting games, according to Alex Stone, England’s media officer at Euro 2005.

Euro 2022, labelled the “biggest ever” by Uefa, promises to be an altogether slicker and shinier edition.

Unlike in 2005, supermarkets are selling sticker albums featuring superstars of the women’s game like Alexia Putellas, Vivianne Miedema and Lauren Hemp.

Sixteen teams – double the number in 2005 – will compete over 25 days, with 71,300 tickets sold for the opening game between England and Austria at Old Trafford on 6 July.

The final will be played at an 87,200 sell-out Wembley on 31 July – mind-boggling numbers compared with the last time England hosted the event, when just 957 turned up for one match between France and Italy at Preston’s Deepdale ground.

The Women’s Euros have come on leaps and bounds. But what happened 17 years ago and what did Euro 2005 do for the women’s game?

Working as a postwoman to pay for boots

While the Lionesses, seeking a first ever European crown, start as one of the favourites this time, it was a different story when the Euros came to Manchester, Blackburn, Blackpool, Preston and Warrington.

Hope Powell’s squad were part-time and the England boss stated before the tournament: “The women’s game here is a second-class sport.”

Striker Kelly Smith’s club Arsenal might have been the top women’s team in England at the time, but six months before the Euros she had to work as a temporary postwoman to keep herself in boots.

“It’s important we put on a good show this summer, especially with the reputation the women’s game has in England – or doesn’t have,” Smith, interviewed by the Times, said at the time.

“There are a lot of negative images out there that men, especially, cling on to.”

Five months before Euro 2005, Powell took her players to La Manga for warm-weather training but 17-year-old striker Eniola Aluko was not there.

A key member of the squad, Aluko stayed home to revise for her A-levels in psychology, media studies and English.

As the tournament neared, stars of Coronation Street and Hollyoaks such as actor Bradley Walsh were wheeled out to help sell tickets priced £5 for adults and £2.50 concessions. Tickets for Euro 2022 range from £5 to £50.

Moments before Carney’s goal sealed a 3-2 win, England’s media officer had gone down to the tunnel area to organise post-match television interviews.

“When Karen scored, I just ran backwards down the tunnel like David Pleat in reverse. I shouted something and ran back to the foot of the tunnel,” recalls Stone.

“The Uefa media delegate standing nearby took me to one side and said ‘that’s not what we normally do’. I apologised and explained I’d worked with these players for so long and I knew how much they wanted to shine.

“It wasn’t just three points in a group game. It’s what it might mean to the future development of the sport in England.”

Even at 17, Carney was not the youngest scorer at Euro 2005 – which saw Germany secure the fourth of six successive European titles – an honour that went to Norway’s 16-year-old striker Isabell Herlovsen.

Still, the English teenager noticed a change in public perceptions.

“It was the first time I’d seen people walking down the street wearing England jerseys with our names on,” Carney said, speaking to the Football Association website in 2018.

“That opening game at Manchester City was unbelievable. There were so many fans there.”

England’s tournament, however, ended early after defeats by Denmark and Sweden – both at Blackburn’s Ewood Park – left them bottom of the group.

But despite the national team’s disappointment, the women’s game was already winning a new legion of fans in England.

Adam Bateman has good reason to remember Euro 2005. It was the first time he paid to attend a football match.

Aged 21, he travelled 50 miles from his home in the Cheshire village of Mobberley to Blackburn to be among the 25,694 crowd at Ewood Park for England’s final group game against Sweden.

England’s team coach was held up getting to the ground as fans lined the approach.

Despite the 1-0 defeat that saw Powell’s team eliminated, it opened up a whole new world for Bateman. He has lost count of the number of women’s matches he has since attended.

“To have an international tournament in this neck of the woods, it was very exciting at the time,” he said. “Faye White and Rachel Unitt were the players who stood out for me because they were no-nonsense defenders.

“Outside the ground, they were selling flags and I remember the atmosphere being really buoyant.”

“I still get people coming up to me saying that Euro 2005 was the first time they’d ever watched a women’s match and it got them hooked,” she said. “That’s a lovely thing to hear.”

Now a Manchester United WSL season ticket holder, Bateman was among the first in the queue when Euro 2022 tickets went on sale, forking out £130 to watch eight matches in July.

When Norway captured hearts in Warrington

Midfielder Georgia Stanway has told BBC Radio 5 Live Breakfast that England’s current crop of players have been letting off steam at their pre-Euro 2022 training camp by watching Love Island.

“We have a little chill-out room. We get the TV on and bean bags out,” added Stanway.

Back in 2005, it was Big Brother that was reality television’s ratings winner.

It was also the summer Norway captured hearts in the rugby league town of Warrington.

A letter published in the Warrington Guardian newspaper summed up the mood after the Halliwell Jones Stadium, which had only opened the previous year, was selected as a venue.

“It’s good to see that an event as prestigious as Euro 2005 will have games at the town’s hot new venue,” wrote Debbie Sanderson of Orford.

Norway coach Bjarne Berntsen was quoted as saying: “The Warrington people have been tremendous, and I think they love our girls.”

Around 120,000 spectators attended the 15 matches across two weeks, which were all screened live by Eurosport, with the BBC showing England’s three group games and the final.

More than 3.5 million viewers tuned in for the hosts’ loss to Sweden, a 20% share of the English audience on a Saturday evening.

That was music to the ears of Stone, who recalls prior to Euro 2005 having to phone media outlets to tell them the score of England games so it appeared in the morning newspapers.

And there was controversy a few days before the final when Lennart Johansson, then Uefa’s president, claimed that sponsors of women’s football could cash in by promoting the players’ physical attributes.

“Companies could make use of a sweaty, lovely looking girl playing on the ground, with the rainy weather. It would sell,” he told BBC Radio 5 Live.

His comments, one year after his Fifa counterpart Sepp Blatter called for players to wear “tighter shorts”, provoked an angry reaction.

Nevertheless, Euro 2005 was hailed a success.

“I’m sure we will move women’s football to another level,” said Uefa chief executive Lars-Christer Olsson at the end of the tournament.

Seventeen years on, Euro 2022 in England promises to be bigger and better than ever before. 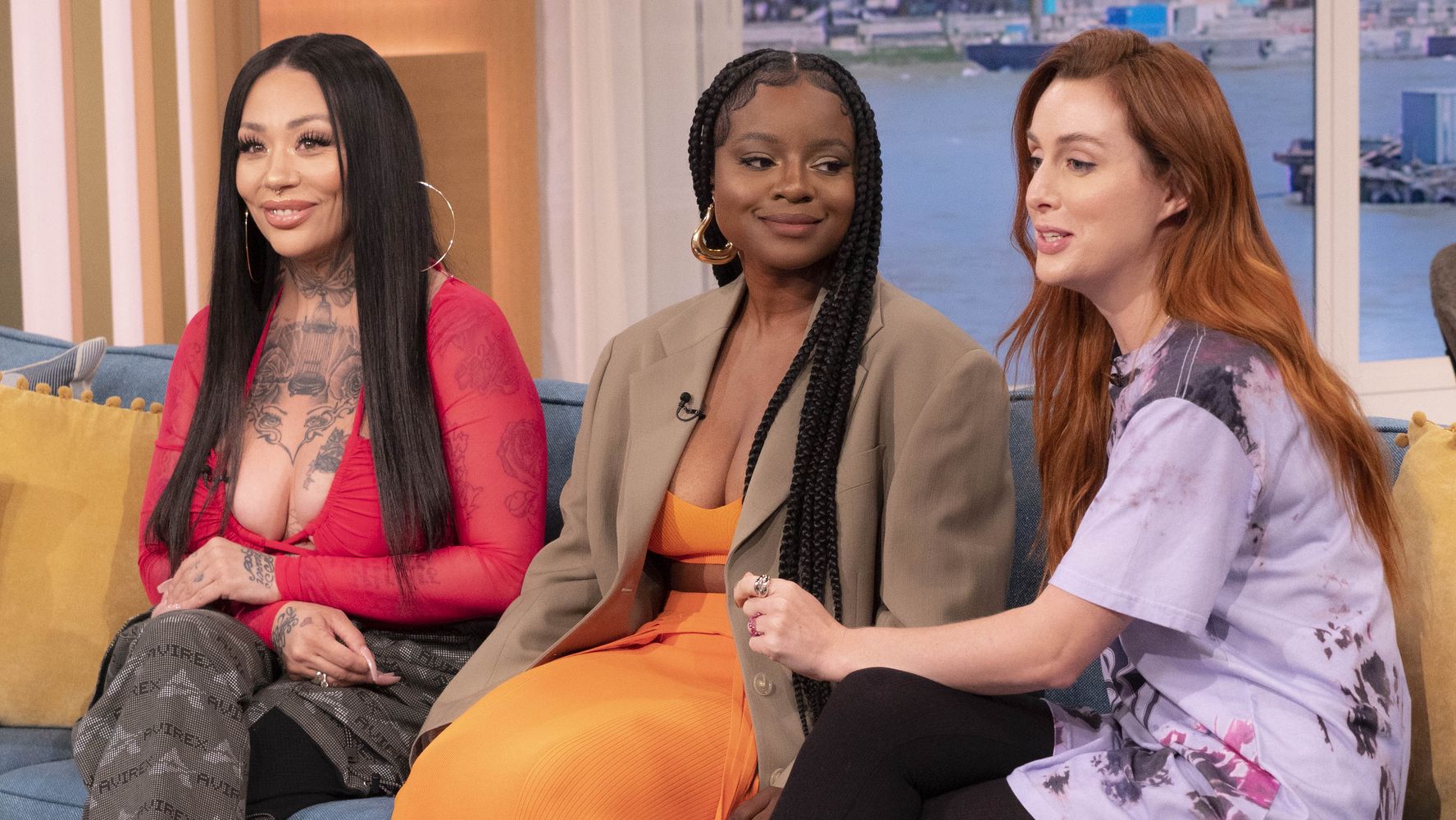 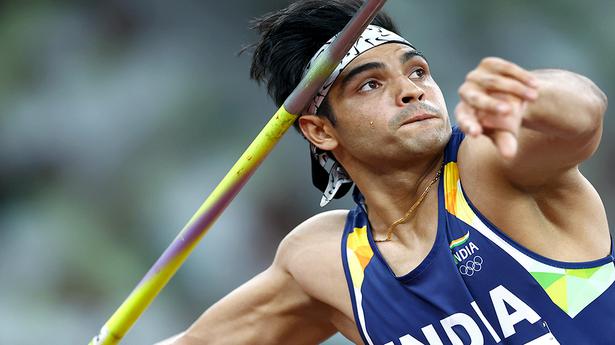