Is it possible to take the centralized and bank-oriented cryptocurrency XRP as a basis and turn it into a decentralized common payment platform for ordinary users? One of the founders of Ripple decided that it was possible and created the Stellar cryptocurrency. It should work as fast as Ripple without some of its common drawbacks.

Are you hesitating about whether to deal with Stellar? This overview will show what the Stellar project is, how it works, and its prospects.

From the beginning, the community did not like the Ripple idea, which was meant primarily for bankers and under the complete control of Ripple Labs. However, its technical solutions were satisfying since everyone dreamed of almost free and instant transactions.

Therefore, they decided to carry out Ripple fork and develop a new crypto asset with no Ripple cons. One of the founders of Ripple, Jed McCaleb, led this project. It was under his guidance that the Stellar cryptocurrency network was launched in early 2014.

Jed McCaleb decided to leave Ripple. The launch of Stellar took place without an ICO; a company named Stripe allocated the money for the project. The total  investment amounted to $3 million. It was almost a copy of the Ripple network. However, the Stellar cryptocurrency switched to its own protocol in November 2015. It eliminated blockchain centralization. The thing is that the new protocol provided that each user could launch a whole network node and validate transactions.

As the Stellar blockchain was launched, one hundred billion XLM tokens were issued, similar to Ripple. The network requires a minimum fee for each transaction of 0.00001 XLM, and there is a limit of funds that are frozen in the user’s account before using it. In such a way, network defenses against spam transactions and the creation of empty wallets.

Stellar’s consensus mechanism provides that any node validates and sends a transaction to the network. After that, the transfer is forwarded for verification to another node and so on along the chain until 80% of the network nodes consider the transaction reliable.

There is a mechanism for temporarily freezing the blockchain to protect against dishonest users who may try to launch their own node and send an unreliable transaction to the network. If fraudsters control several nodes, they are removed from the transaction processing. In the event of a massive attack on the blockchain, payment processing will suspend until the honest nodes reach a consensus. Of course, this is not the most convenient way of protection from the point of view of ordinary users because no one wants their payments to get stuck somewhere. Still, it works in practice.

Where to Buy Stellar (XLM)?

XLM cryptocurrency is a relatively liquid asset. The project is listed 14 in the global ranking. Its market capitalization is $15.5 billion (May 2021). XLM is on the list of well-known cryptocurrency exchanges. The most significant liquidity, 10.9%, is offered on the Binance exchange.

Almost all centralized sites do not provide an opportunity to trade anonymously. Before you get full access to the platform, you will most likely have to pass verification and confirm your identity. This process is time-consuming, requires plenty of documents to be provided by you.

The easiest way is XLM to BTC exchange with Godex.io. Here you provide yourself with not only anonymity but the best trading conditions on the market. To start working with the platform, you need to visit its official website and select the exchange direction. That is it, you don’t need to register and enter any data about yourself. Moreover, Gogex does not store any customer information (IP, cookies, etc.).

What Is Stellar Capable of?

Stellar is a common real-time exchange platform for any asset. The network’s internal currency is called XLM or Lumens. With its help, you can quickly exchange one asset for another at almost any distance.

There are special anchor services. They help convert assets (e.g., US dollars to XLM tokens). The cryptocurrency goes to the recipient, and a reverse conversion occurs. The Stellar network can be used as a regular cryptocurrency for payments just like Bitcoin.

Stellar has its smart contracts. They are inferior in functionality to Ethereum smart contracts; still, they are pretty enough for an ICO. Many companies choose this platform because it offers high performance and cheap transactions.

Stellar cryptocurrency is a common solution for money transfers around the world. The technology allows transferring US dollars to Euros (and any other currencies) quickly, safely, and cheaply. The project’s future is promising, although it depends on the development team and the market situation. 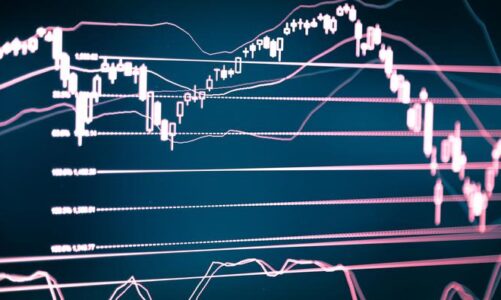