There is a host of benefits, medicinal and even otherwise, that can be derived from vinegar in general. No less than Hippocrates, the father of modern medicine himself, was the first to use vinegar to treat illnesses such as ulcers and sores. He was also the pioneering purveyor of Oxymel, a mixture of vinegar and honey used to treat persistent coughs and popular even to this day.

Apple cider vinegar, a product of the fermentation of apples, is by far the most popular type of vinegar, at least when it comes to health benefits. It has earned the reputation as a natural cure-all and has been produced in many forms, from liquid, to tablets, and even apple cider vinegar capsules.

What sets the vinegar from apples apart from those sourced differently? To answer this question, we must first understand how it is made.

How Apple Cider Vinegar Is Made

The process of making apple cider vinegar starts by crushing the apple fruits to extract the juice. The juice is then fermented by adding yeast. In this stage, sugars are converted into alcohol. This alcohol goes through another stage of fermentation wherein an Acetobacter species bacteria converts it to acetic acid, the key component of vinegar. It also produces a murky byproduct called the mother.

Why Is The Mother Important?

The mother is the byproduct of the second fermentation process. It is often filtered out by vinegar producers out of fear that its cloudy appearance would be off-putting to buyers. They would rather sell the clear base of acetic acid without the mother despite the fact that it is arguably the healthier part.

What makes the mother important is that it contains probiotics-dozens of strains of helpful bacteria that aid in breaking down food and absorbing its nutrients better. It also helps strengthen your immune system by maintaining a healthy balance between the good and bad bacteria in your digestive system.

In addition, the mother has enzymes that help your body absorb nutrients even faster. This is not unique to the mother only. However, the enzymes in other food products are destroyed in the process of cooking, whereas those in the mother remain intact and ready for consumption. Apple cider vinegar capsules, in particular, have higher bioavailability and its contents more likely to be absorbed by the body.

Other Benefits Of Apple Cider Vinegar

Apple cider vinegar is effective in lowering cholesterol levels. It removes plaque that builds up in the arteries, relieving blood pressure. People with type 2 diabetes could also benefit from a regular dose of apple cider vinegar. Some studies have shown that it improves insulin sensitivity by 19-34% when meals are high in carbohydrates and that it lowers the blood sugar by 31.4% after consumption of white bread.

Moreover, studies have proven that apple cider vinegar is effective in losing weight. When taken, it mimics the feeling of fullness, causing people to eat fewer and less frequently.

Drink To Your Health

An apple a day keeps the doctor away. By extension, a daily dose of apple cider vinegar should also be beneficial. Some doubters may say that there is no scientific evidence yet to prove, without a doubt, all the medical claims of apple cider vinegar. However, enough research has been done to demonstrate its medicinal abilities. Moreover, it has no adverse effects whatsoever. So go ahead, take a sip or swallow one of those apple cider vinegar capsules. While there is no harm in trying, the benefits could be endless. 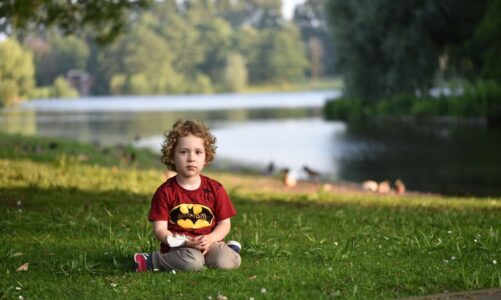