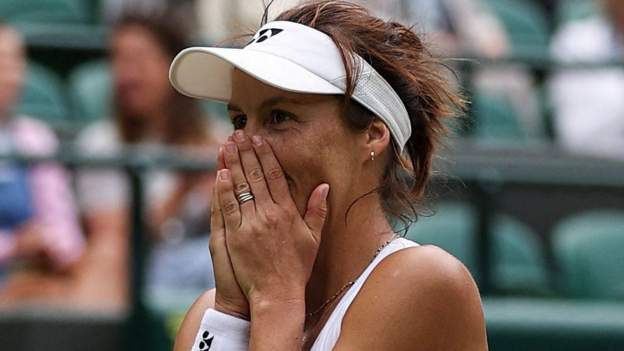 Tatjana Maria may have reached a maiden Grand Slam semi-final at Wimbledon – but for her eldest daughter Charlotte, the best part about the win is two more days in the SW19 creche.

The world number 103 beat fellow German Jule Niemeier 4-6 6-2 7-5 and will face Ons Jabeur, who became the first Arab to reach a major semi-final.

Maria only returned to the tour a year ago after having her second daughter.

She will face third seed Jabeur next after the Tunisian fought back to beat Marie Bouzkova 3-6 6-1 6-1.

Maria dropped her racquet to the floor and stood with her mouth covered in disbelief after her victory was confirmed by a missed volley.

She ran to the net for a lengthy hug with Niemeier before thanking the crowd, still shaking her head in shock.

Speaking before Jabeur’s win, Maria said she would relish playing her, with the two being good friends.

“She is part of my family. She loves my kids, she is playing with them every day,” said the German, who was ranked outside the top 250 in March.

“It would be great to play her, we never know. But I am only happy that I am in a semi-final now.”

Jabeur echoed Maria’s sentiments, saying: “She is my barbecue buddy. It is going to be tough to play her, she is a great friend.

At one time, having children would have made it more difficult for an athlete to continue their career, but with increased support and understanding of post-childbirth bodies, more women are returning to the sport.

Maria gave birth to Charlotte in December 2013 and returned to the tour four months later. She took a similar break after having second daughter Cecilia.

However, Grand Slam tennis has been a struggle since then. She had won five and lost eight of her 13 previous matches at Wimbledon, with her best result a third-round showing in 2015. Before this week, she had not won a match at a major since the 2018 US Open.

Maria takes her daughter to a tennis lesson each morning at Wimbledon and said she “loves” to talk about being a mother in addition to being a tennis player.

“For me, that’s the most important in my life, to be a mum of my two kids. Nothing will change this,” she said.

“I’m here I’m in the semi-final of Wimbledon; it’s crazy, but I’m still a mum. After this I will go out over there and I will see my kids and I will do the same thing what I do every single day.

“I will change her Pampers, I mean, everything normal. I try to keep normal as much as possible, because that was what makes me proudest is to be a mum.”

Asked what Charlotte had said to her after her win, she replied: “She’s happy that she can stay two more days in the creche. She’s running into my arms, she’s super proud of me.”

Maria is the sixth woman in the Open era to reach a Wimbledon semi-final after turning 34.

She had to do it the hard way, with Niemeier breaking in the first game of the match and looking more assured on serve and at the net.

Maria overturned a break deficit in her second service game in the second set and went on to win five of the final six games to force a decider.

Both players were in a tight tussle in the third, with Maria again having to overturn a break deficit and save a break point on her serve at 5-5 before converting her first match point on the Niemeier serve.

Two-time Grand Slam Tracy Austin called Maria’s run “a fairytale”, adding on BBC TV: “We watch sports to bring up emotions. A mother of two, outside the top 100, is into the semi-finals at Wimbledon.

“Your dreams can come true. It really is extraordinary.”

Jabeur ‘happy’ to ‘wake up’ and make history

Jabeur is the highest ranked player left in the draw and is bidding to become the first woman from Africa to win a major.

A quarter-finalist here last year and at the Australian Open in 2020, she had already been the first Arab woman to reach the last eight at a major and is delighted to have gone one better.

“I’m glad that I can – because I was talking a little bit to [Moroccan former Grand Slam quarter-finalist] Hicham Arazi, and he told me, ‘Arabs always lose in the quarter-finals and we are sick of it. Please break this.’ I was, like, ‘I’ll try, my friend, don’t put this in my hand’.

“We were just texting, and he was really happy. He was, like, ‘Thank you for finally making the semi-final. Now you can really go and get the title’.”

Against Bouzkova, Jabeur made a nervous start, with her trademark volleys often finding the net as Bouzkova matched her for pace and deftness.

The Czech broke for 3-2 lead and staved off two break points from Jabeur later on with a brilliant backhand pick-up, before taking the set on a netted Jabeur volley.

However, Jabeur has enjoyed a sterling season and instantly fought back, saying she “woke up” and upped her winners and her aggression to race through the second set.

She was the stronger of the two in the decider, the light touches from the racquet finally finding their mark, and she lifted her arms in triumph to soak up the applause from Centre Court.

“I was really tight at the beginning of the first set and I didn’t make my shots. I wasn’t feeling like it was me really playing. Maybe my sister was. I’m not sure,” she said.

“But I’m happy that I was serving maybe a little bit better, stepping on the court, and that’s me waking up, really.” 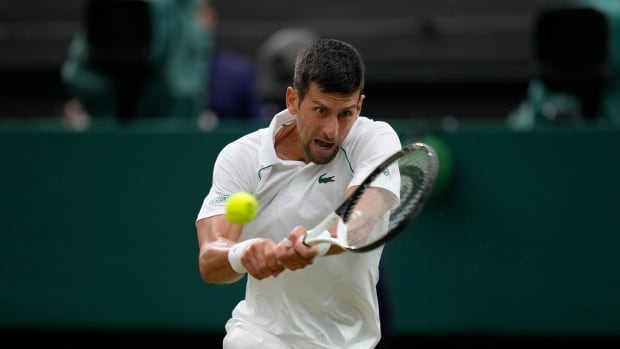 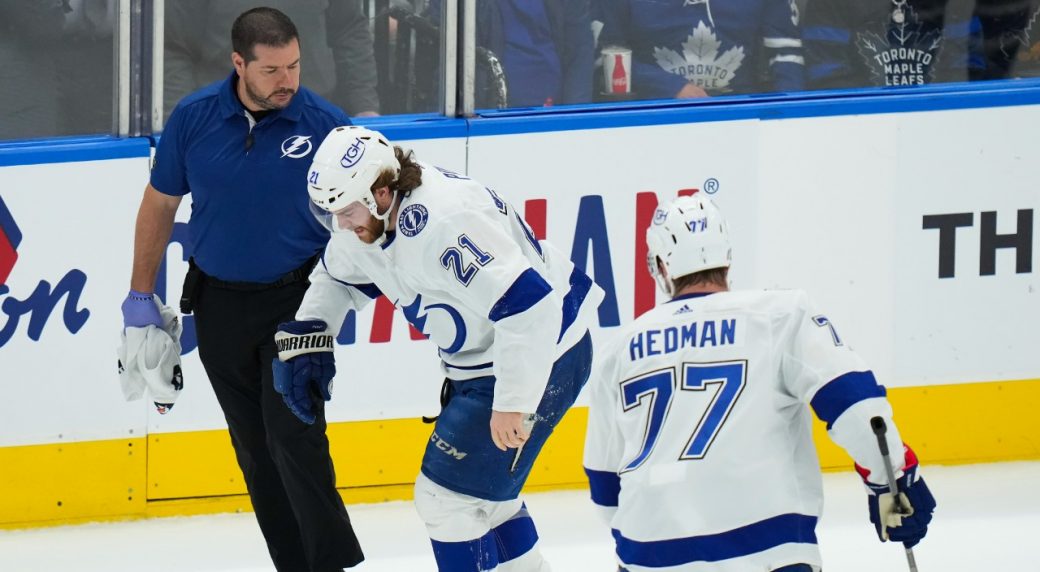