England captain Leah Williamson says the Lionesses squad are nervous for their Euro 2022 opener, but mostly excited and embracing the home tournament.

The Arsenal defender – although her position remains a hot topic ahead of Wednesday’s match – will lead England out to a sold-out Old Trafford as they face Austria.

There are plenty of eyes on the Lionesses heading into the European Championships, and although there are the expected nerves, Williamson says her squad are looking forward to getting their campaign under way.

In her pre-match press conference, the England skipper said: “I think we’re ready for tomorrow. We’re not robots and there’s going to be nerves.

“We’re aware of expectation from external sources but from within the camp it’s all about the excitement of it and enjoying it.

“This is my job and if I wasn’t ready for it and wasn’t enjoying it why would I do it? That’s my mentality.

“The warm-up games provided us with the tests that we need to see where we are maybe weaker, find out what our strengths are and where we are ultimately and the form we’re in.

“They’ve provided those for us and we’ve had time to prepare.

“The home support is the 12th man. Sarina has had experience with that and she wants us to embrace it. It’s maybe something we’ve not been as good at that in the past, but we’re loving that there will be 77,000 [at Old Trafford] tomorrow and most of them will there for us.

“It’s an advantage that we’re at home and we’ll use it as much as possible and embrace that.”

“I’m trying to be myself and be authentic to that role. It’s a responsibility, that’s what it is and I’ll honour it as best I can, I’m trying to embrace it all.

“I’m lucky, I play in a team with tons of experience and knowledge that I don’t have that they can share with me also.

“I’m staying true to who I am and hopefully influence the team in a positive way.”

It remains to be seen where Williamson will play against Austria. She has played at centre-back all season for Arsenal and lined up alongside Millie Bright in defence for the final friendly against Switzerland, but has also been deployed alongside Keira Walsh in midfield in the pre-tournament matches.

But the question of where Williamson would like to play was an easy one for her to answer: “I’d like to be on the pitch, playing for England.

“I’ve never been at the Euros, to be on the pitch and playing for England is enough. Do whatever I need to do for the team.”

Ahead of the start of the Women’s Euros, Karen Carney picks her Women’s Super League starting XI for the tournament

For Sarina Wiegman’s part, she added: “I learned a lot from the last three games and from the earlier games we played. She can play in both positions.”

There will be some familiar faces in the Austria team for Williamson too. Goalkeeper Manuela Zinsberger is also the Arsenal No1, while captain Victoria Schnaderbeck spent four years with the Gunners.

“I’ve not spoken to anyone in the Austria team”, Williamson added. “But it will be great to see them tomorrow and welcome them to England.

“Hopefully it will be a nicer experience for us. It’ll be nice to welcome the girls here, but we will leave club loyalties at the door. Hopefully the relationships are still strong after the game.”

Wiegman: Everyone is fit | ‘Starting XI not chosen yet’ 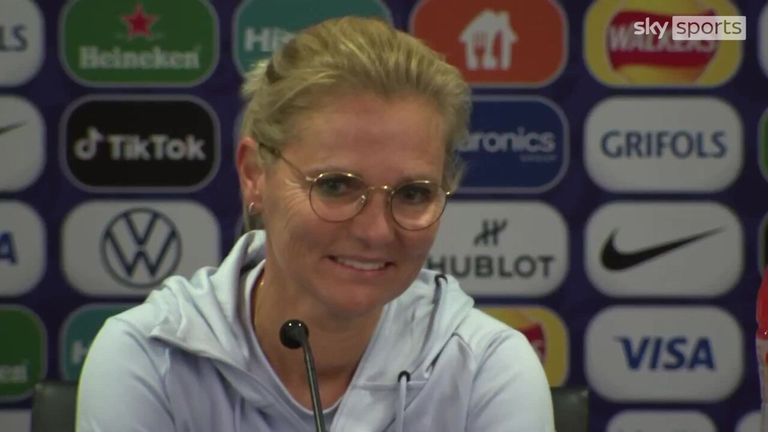 England head coach Sarina Wiegman says she has hard selection choices ahead of the Lionesses opening match of Euro 2022 against Austria.

It’s not just Williamson who Wiegman has to worry about, she has some tough choices to make throughout her starting XI against Austria, but she confirmed that all 23 players are fit for selection.

However, she will not make any firm decisions on her team until after Wednesday’s final training session at Old Trafford.

“It’s really incredible and exciting,” Wiegman said. “We’re going to train in an hour to get a feel of the stadium and then we start tomorrow. I can’t wait. 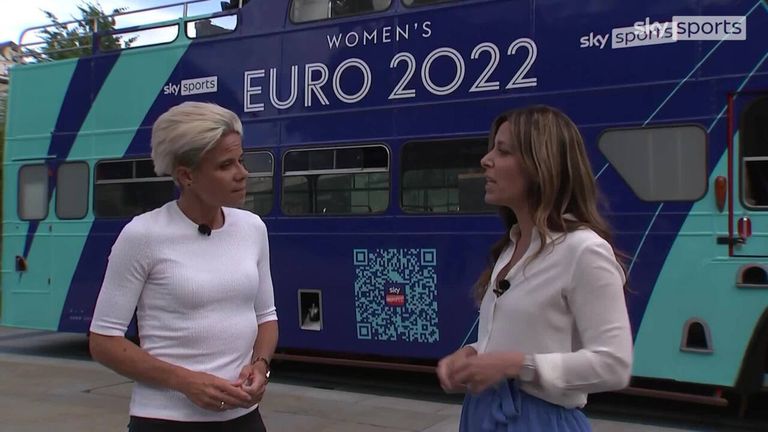 England legend Sue Smith feels the depth of talent is a huge advantage for the Lionesses as they look to win their first ever tournament at Euro 2022.

“Everyone can train, everyone is on the pitch. It’s the most important thing to have the best players available. I’m really happy with it and then we have hard choices to make.

“It’s not finalised [the starting XI] yet. We do that after the last training session. We’ve shown we have a very good squad with depth and it’s really good that we have to make hard choices.

“That is an exciting moment and it would be strange if we wouldn’t be excited.

“What we’re talking about is train well, play well as a team and do the best we can. That’s in general what we talk about all the time.”

“Austria is very strong team, their togetherness is very good. They are tough, good psychically and very well organised.

“In November, they didn’t have what they have recently.

Of course, Wiegman is treading familiar ground. It’s a second successive home Euros for her respective team – the 2017 edition played in her native Netherlands – but the England manager says almost everything is different from five years ago.

“The game has developed so quickly and so well,” she said. “Many counties have improved and the level is so high. It’s really hard to predict what it will look like at the end of the tournament.

“Lots of countries in good positions, so are we, I think. In tournaments, strange things can happen, but hopefully it will be an advantage for us

“Everything is bigger, there are more expectations. The level of the games is higher, so it’s hard to compare. 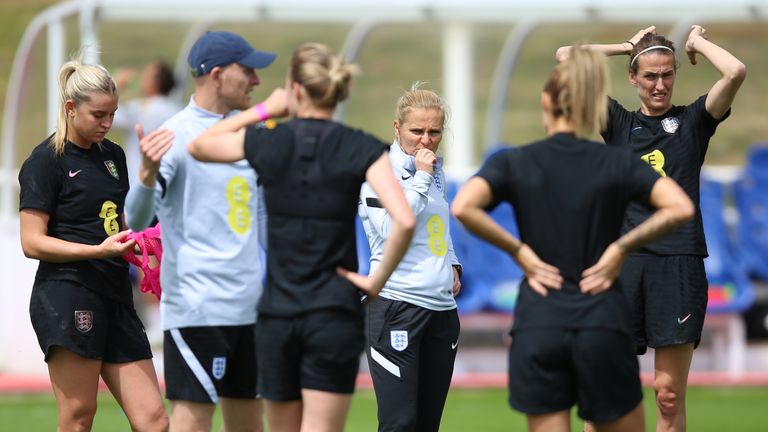 “More experience and more moments in higher environment [in the squad]. So it’s actually totally different, but in the end, you’re working with a team and playing football.

“As a coach, when you get experience, it’s always helpful. This situation is totally different to five years ago, but I want to share experience I have.

“In this group, we have many players who have experience, playing many great games at the highest level, so there is a lot of experience in the team. We speak about expectations, then bring it back to football.”

Key questions for Wiegman ahead of Euros opener

So where does Sarina Wiegman need to concentrate her attention most? Keep up with all the latest from Euro 2022 across Sky Sports and Sky Sports News this summer.

Coverage will be anchored by Sky Sports WSL presenter Caroline Barker, alongside Jessica Creighton and Kyle Walker. Meanwhile, Karen Carney, Sue Smith, Courtney Sweetman-Kirk and Laura Bassett will give analysis throughout the tournament.

The pundits and presenters will work from the Sky Sports Women’s Euro 2022 Mobile Presentation Bus, which will follow the Sky Sports News team around the country to the various stadiums where matches are being played.

In addition, Sky Sports’ Essential Football Podcast will be rebranded for the tournament to Sky Sports Women’s Euros Podcast from 21 June. Hosted by Charlotte Marsh and Anton Toloui, it will feature exclusive news and player interviews in addition to a strong programme line-up around the tournament. 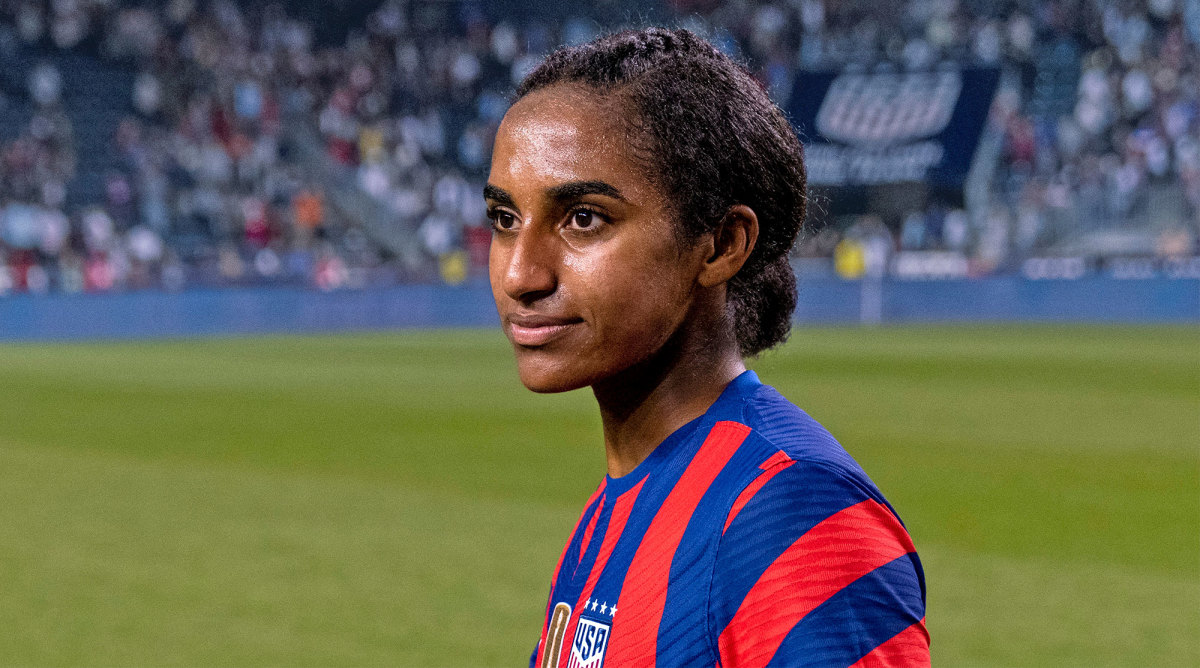