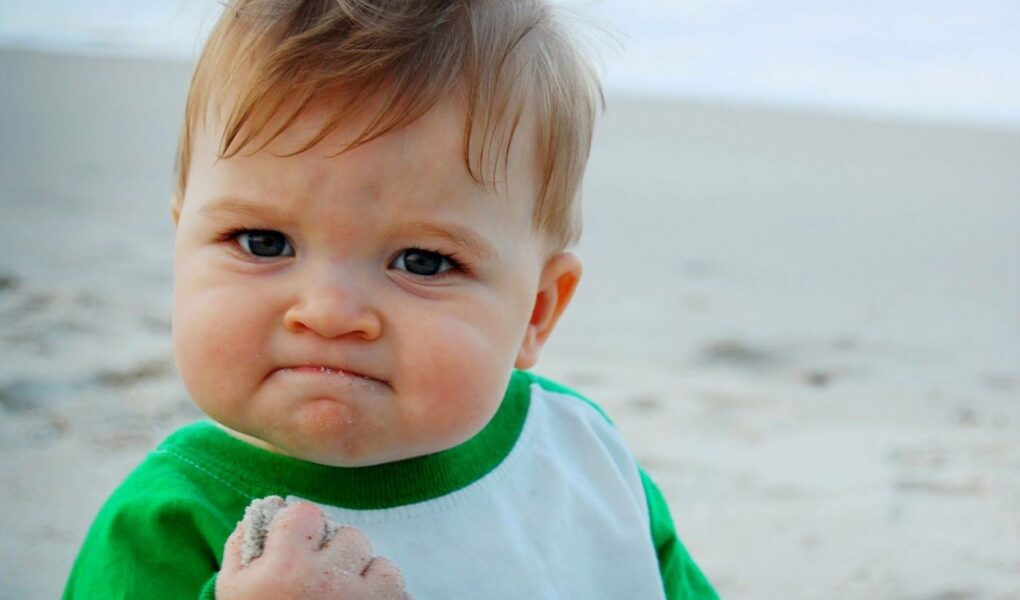 Do you remember this kid?

I bet you all do.

His memes helped many brands double and even triple their followers in very little time.

Arguably, memes are one thing that no one can ignore. Today, from social media networks (Twitter, Instagram & Facebook) to professional digital platforms (Linkedin), they are EVERYWHERE!

Even on the billboards: 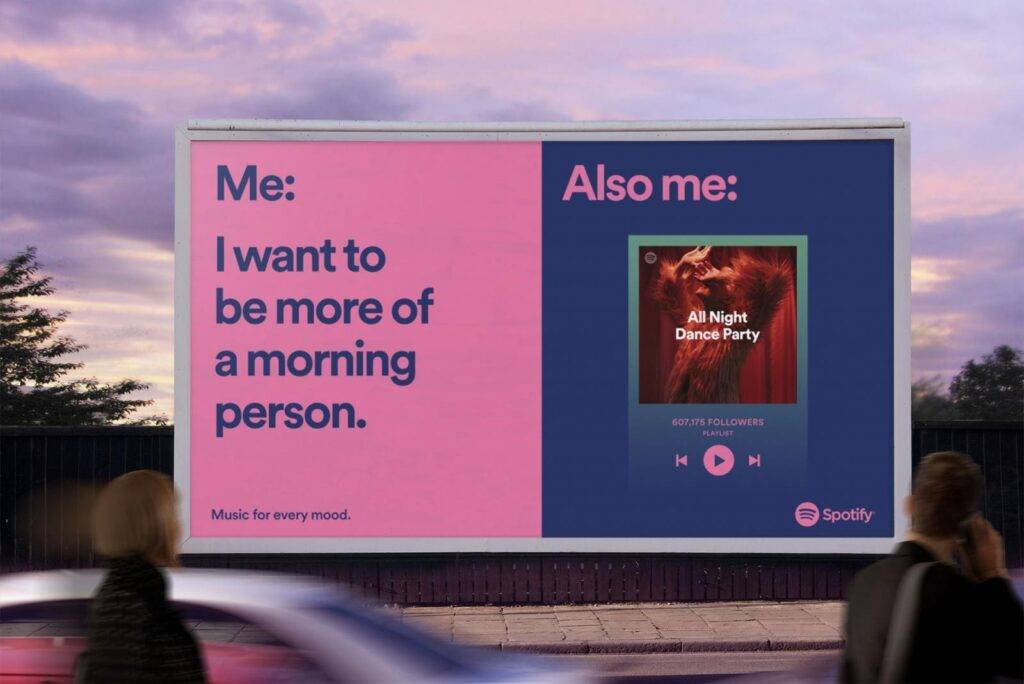 But how successful is this approach for businesses? I asked this question from marketing experts, CEOs & brand managers that are currently using it as a part of their marketing strategy.

Here’s what they think:

It is All About Engagement!

Amy Stenson, Head of Social Media at The Audit Lab:

The relatability of memes is your biggest tool. If you can create a feeling of community and togetherness amongst your followers, then you’re onto a winner. Don’t make it too niche; make it something that’s going to have people saying “oh yeah, that’s me!” More often than not people will tag their mates in it: “OMG it’s us!” This is exactly the kind of engagement marketers crave. 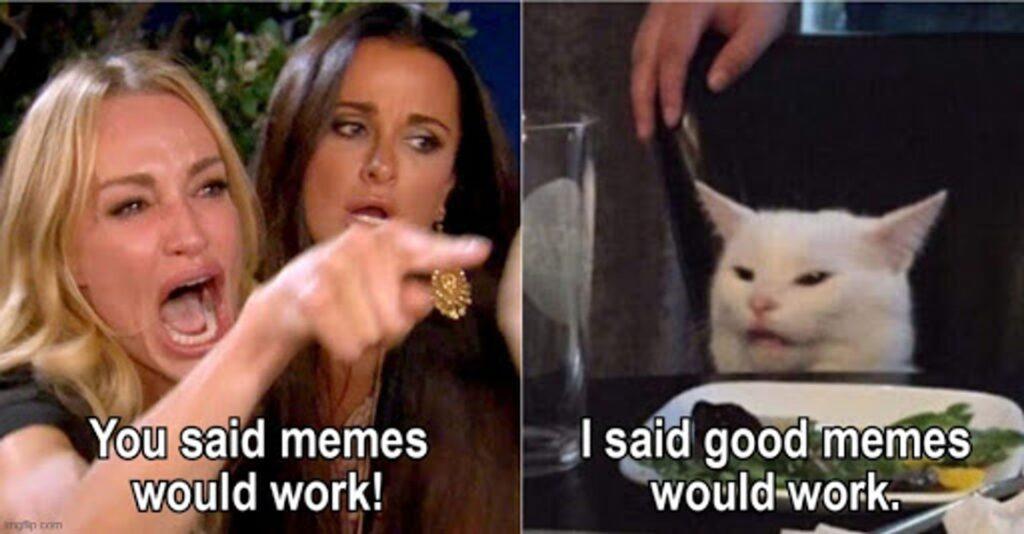 People love stories. And they either love drama or comedy. So I really believe that it is a great marketing strategy that can get people’s attention and eventually pique their interest in your business. It will make your posts and campaigns have more reach and engagements when you use memes. I personally saw on Facebook multiple companies that post memes and I didn’t know they were a business’ marketing. What first caught my attention was the meme and then I looked at who posted it. Then I realized that it was a marketing strat. A great, great one. So, yes, it is fruitful. It can increase engagement because the memes will be the first ones that people will see. And it is fruitful because they’ll keep coming back for more.

Memes were never made for marketing, and that still holds true. At their core, memes exist to make us laugh. Utilizing memes in your marketing plan should never be used to sell your product or promote your services, but show that you have a light, not-so-serious side to your business that makes you more relatable.

If someone finds a piece of your content funny and it catches them off guard, it opens the door to building trust with them. Think of it like dating. You aren’t going to win your date over by putting on a comedic routine with them. When you’re genuinely witty with your date, you begin to charm them, and it builds the foundation for the relationship in the future. Charm your customers with your wit without being cringy.

What I can say that is MORE important than posting memes is the engagement that comes after it. Make sure that someone from your team will engage with people who will comment on the meme or funny post.

Whereas meme marketing can not promise realization of your key goals i.e. sales. But it surely can create leads by making the audience engaged. Once your potential customers enter your marketing funnel you can assist them to fulfil your key goal.

For professional storytellers—digital marketers, entrepreneurs, entertainers, and creative pros—meme marketing can be an extremely low-cost way to create engaging content that attracts a following. On social media, memes usually take the form of a GIF or static picture playing on a familiar theme, meaning, or phenomenon.

Memes play off of content that’s created by other people so you don’t need to create an original video or photo yourself. They save small businesses and digital marketers the time that would be needed to produce original content. Instead, you can riff off of existing media by adding a new caption or twist.

Gen Z connects with memes. Memes are the fastest way to reach out to this segment. Elon Musk in the US, Kunal Shah in India, run big ventures and they connect with their audience using memes. It can help increase brand recognition, and build the trust in gen Z, that this brand speaks to them and it can then directly impact the numbers for a brand.

Also, it’s fun. Why not enjoy while connecting to the audience. Many brands like Zomato, Oyo, Cred use memes on Twitter for good reach, and any quirky thing that catches eyeballs get attention from media and can lead to free PR more, thus even helping brands reach more audience with less spending as well. 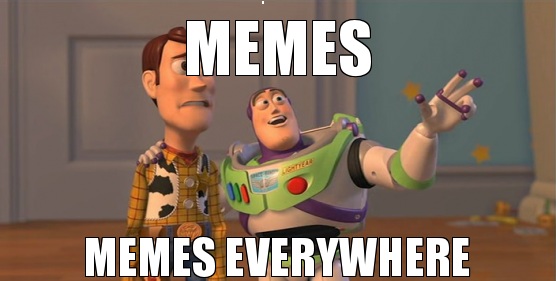 Meme marketing can be used in multiple phases of a transactional marketing funnel, however, the most popular use case is in the realm of brand position reinforcement, aka branding..

Through consistent reinforcement of the meme via its repetition and spread, some clever companies have been able to both improve their mindshare among consumers and associate themselves with specific demographics whom the meme resonates with most.

So what exactly is a meme? According to the Merriam-Webster dictionary, a meme is “an idea, behaviour, style or usage that spreads from person to person within a culture.” The term was actually coined in 1982 by writer and evolutionary biologist Richard Dawkins.

But while the term itself has a much broader history, you most likely know memes as those funny pictures with puns and jokes overlaid on top in bold, white lettering.

Grumpy Cat, Alex from Target, Overly Attached Girlfriend, Success Kid — all of them started out as normal, everyday people (or animals), but were somehow catapulted into the Internet spotlight seemingly overnight.

What’s great about memes is that they can go viral really quickly, which makes them perfect for brand awareness and staying top of mind (much cheaper than ads)

It also greatly improves the relationship with your clients (especially younger generations) and makes you sound more human rather than a robot.

And that’s pretty much sums up, why “you” as a marketer will do this:

However, It’s important to mention that although meme marketing can be very fruitful, it can backfire. Nowadays, people get offended very easily, and with the cancel culture, you don’t want to be politically incorrect or offensive in any way. 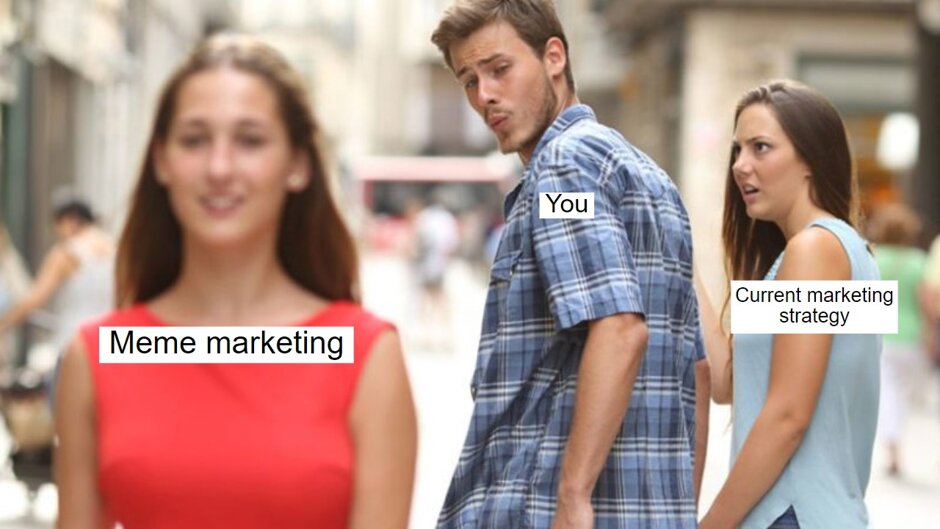 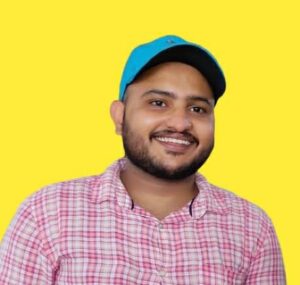 Gurpreet Dahiya, SEO and Web Content Writer, always eager to learn new things and strongly believes that sharing knowledge is the foundation of growth. When not writing, he is either busy in cooking experiments or wandering in the mountains. 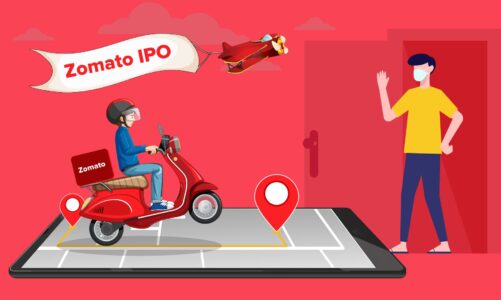